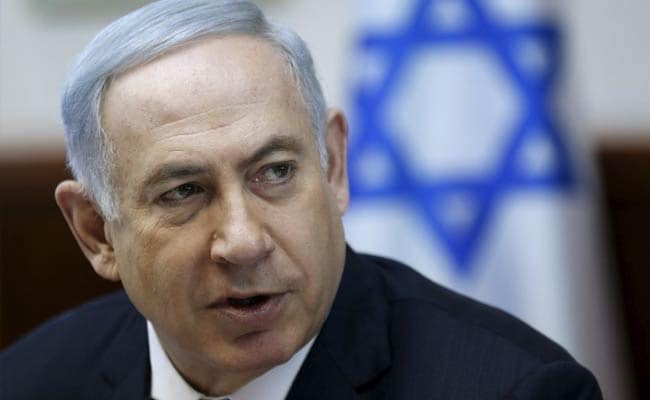 A former member of Benjamin Netanyahu's housekeeping staff was awarded $42,000 by a court. (File Photo)

JERUSALEM: A former member of Benjamin Netanyahu's housekeeping staff who complained he was mistreated and verbally abused by the prime minister's wife was awarded $42,000 by a court on Wednesday.

The Netanyahus have been widely criticized in Israel for leading a lavish lifestyle while the middle class is struggling, and the prime minister's wife, Sara, has faced accusations of abusive behavior toward household staff going back to the 1990s.

The judge wrote in her ruling that "numerous testimonies presented to the court point to an atmosphere of harmful work conditions at the residence due to the behavior of Mrs. Netanyahu and her attitude toward the workers. These included irrational demands, insults, humiliation and outbursts of rage."

Naftali said he was subjected to abusive language and insults by Sara Netanyahu. At a press conference later in the day he thanked his supporters and said that "David has beaten Goliath."

"I am sure there will be more suits," he added.

In one instance, Naftali has said Sara Netanyahu called him at 3 a.m. to complain that he had bought milk in a plastic storage bag instead of a carton. In another case, he says she threw a vase of day-old flowers on the floor, scolding him that they were not fresh enough.

Naftali has also claimed that Sara Netanyahu derided his ethnicity when he ordered food for them in a hotel, implying that his Middle Eastern background was somehow uncouth.

Netanyahu's office had no immediate comment. It had previously rejected Naftali's allegations, calling them "outrageous."

Sara Netanyahu has been a lightning rod for criticism going back to her husband's first term in the late 1990s, when she came under fire for allegedly squabbling with her staff and meddling in state affairs.

Among other things, she was accused of firing a nanny for burning a pot of soup and of throwing a pair of shoes at an assistant.

Since her husband returned to office in 2009, she has kept a lower profile, though she has been unable to avoid the spotlight entirely.

In 2010, a former housekeeper accused her of using abusive language and forcing her to shower several times a day to ensure a "sterile" environment.
Comments
Benjamin NetanyahuEx-Employee Of Israeli PMIsraeli PM's Employee Wins Abuse Case