The Ethiopian Airlines plane's unusual descents are what have triggered comparisons to the earlier accident involving a Max 8 operated by Indonesia's Lion Air. 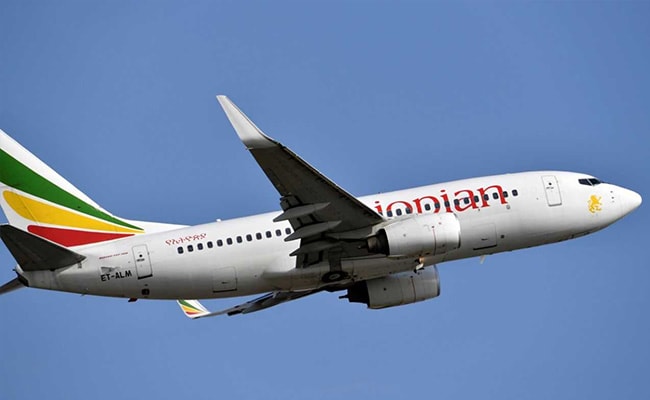 Ethiopian Airlines crashed minutes after takeoff from Addis Ababa on Sunday, killing all 157 on board.

Once again, an almost brand new Boeing 737 Max 8 crashes not long after takeoff as it flies erratically and pilots ask to return to the airport.

The crash Sunday morning of a jetliner in Ethiopia bears unmistakable similarities to the October 29 tragedy off the coast of Indonesia involving the same model, prompting questions about whether a design issue that arose during the earlier accident could be to blame.

At the same time, the preliminary data suggests there may be significant differences as well.

China ordered its carriers to ground all 96 of its 737 Max jets, while Indonesia said it would also halt flights after Ethiopian Airlines Flight 302 went down in a field shortly after takeoff Sunday, killing all 157 people on board. The US Federal Aviation Administration, which originally certified the 737 Max, declined to add to its earlier statement saying it is "closely monitoring developments" in the Ethiopian investigation.

The stakes for Boeing and one of its most popular models are enormous. But veteran crash investigators and the airline say there's too little data to draw a direct tie between the two at this stage of the investigation. US pilot unions, who were critical of Boeing after the Indonesia accident for withholding information on design changes in the 737 Max, were also cautious.

"We would never speculate on the accident or anything at this point because it's just too new," said Jon Weaks, president of the Southwest Airlines Pilots Association, said Sunday.

Flight ET302 took off from Addis Ababa about a little before 8:40 am local time and went down about six minutes later, killing all 157 aboard, according to a statement from the company. Its crew had reported an unspecified problem and asked to return to the airport, airline Chief Executive Officer Tewolde Gebre Mariam said at a press conference.

The plane's initial flight track was very unusual at a time when airliners typically climb steadily to get safely away from terrain and to reach altitudes where engines burn more efficiently.

Instead, it twice descended briefly during the first two and a half minutes after liftoff, according to tracking data provided by FlightRadar24.com. The plane's "vertical speed was unstable after take off," the company said in a tweet.

"You want to keep the airplane climbing, even during flap retraction, to get it away from the ground," said John Cox, president of Safety Operating Systems and a former airline pilot who participated in dozens of crash investigations. "That's what makes the descent so unusual. That is something the investigators would want to look at."

He cautioned against drawing conclusions however. "At this point, it's just too early," he said. 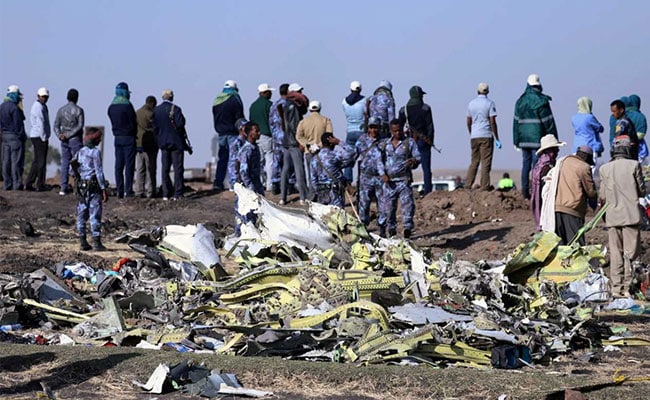 The Ethiopian plane's unusual descents are what have triggered comparisons to the earlier accident involving a Max 8 operated by Indonesia's Lion Air. That plane dipped dozens of times as pilots fought to control an automated safety feature that was trying to push down its nose.

However, data from FlightRadar24 suggests that the first time the Ethiopian plane lost altitude was too low for the Maneuvering Characteristics Augmentation System to have activated, said Roger Cox, a former investigator with the National Transportation Safety Board who was also an airline pilot.

The Ethiopian plane had climbed about 900 feet when it stopped its ascent and dropped a few hundred feet, according to FlightRadar24. At that stage, the pilots would have been gaining speed and only just beginning the process of withdrawing the plane's flaps, panels at the rear of the wings that are extended during takeoff to add lift, Cox said.

That makes it unlikely that the pilots were fighting the same issue as the Lion Air crew, Cox said. Boeing designed MCAS to activate only after the flaps are retracted.

"If this all holds true and the flaps was not retracted, then the MCAS should not be a factor," he said.

By comparison, the Lion Air plane had climbed to almost 1,600 feet above the ground before it began it's first descent, according to FlightRadar24.

Because the Ethiopian plane was apparently out of range of FlightRadar24's Addis Ababa ground station, the flight track doesn't include the last few minutes of the flight, including its final dive. Photos of the wreckage indicate it hit at a high speed and broke into small pieces.

Investigators have recovered the cockpit voice and flight-data recorders, Ethiopian Airlines said Monday, a significant step forward in piecing together what happened.

Ethiopian Airlines issued a statement cautioning that "further investigation will be carried out to find the cause of the accident."

Lion Air Flight 610 dove into the Java Sea in October about 11 minutes after takeoff as pilots struggled to handle a malfunction that prompted MCAS to repeatedly command a dive. All 189 people aboard died. 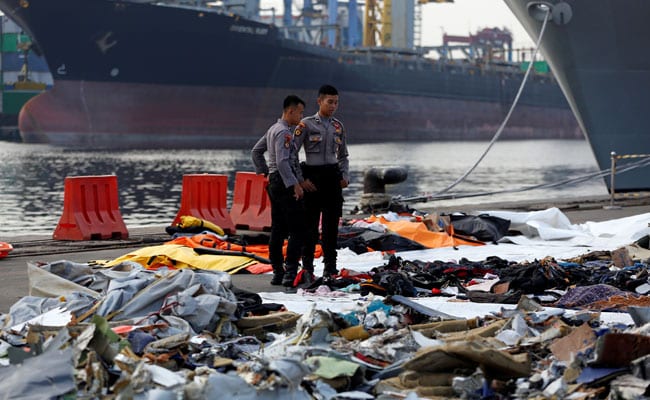 Debris of Lion Air flight after it crashed into the Java Sea in October, 2019.

While Indonesian investigators have identified multiple failures of the airline's maintenance and raised questions about the pilots' actions, one of the factors under review in the investigation is Boeing's design. The Federal Aviation Administration is working with the Chicago-based planemaker on a possible software change to reduce the chances that such a failure could cause an accident in the future.

The FAA, which certified the 737 Max and would most likely take the lead on ordering fixes to the plane if any new flaws are discovered, said it is "closely monitoring developments" in the Ethiopia investigation.

Another difference between the two crashes: Indonesia Air said pilots on prior flights with the doomed jet had reported mechanical problems. The crew of the Ethiopian 737 hadn't reported any mechanical issues on an earlier flight from Johannesburg, the airline said.

The Lion Air plane lost altitude dozens of times before it crashed as the jet's computers, thinking it was in danger of losing control, continually tried to push down its nose. The pilots countermanded the aircraft's software over and over, pulling it back into climbs, until they failed to do so and it crashed.

The Ethiopian plane's flight track is at least partially similar, said John Cox, who flew earlier versions of the 737 during his career. However, for at least the time that it was tracked by FlightRadar24, it was flying mostly level at a range of 7,700 feet to 8,600 feet altitude.

Many other things could have caused the plane to climb and descend, Cox said. For example, if pilots were handling an unrelated emergency and were planning to return to the airport, they could have deviated from their altitude simply as a result of being distracted by the emergency, he said.

What's more, Boeing issued a bulletin after the Indonesian accident alerting pilots that the plane might initiate a dive on its own and reminding them that a pair of switches in the cockpit can disable the motor that pushes the nose down.

"All 737 pilots have been made aware of the potential and what would cause it," Cox said.

Other carriers say they are monitoring the latest accident.

"We will closely monitor the investigation via Boeing and the National Transportation Safety Board," American Airlines said in a statement. The carrier flies 24 Max 8 aircraft.

The Boeing single-aisle model, revamped with larger engines, is the latest version of a jetliner that has formed the backbone of global fleets for five decades. Southwest Airlines Co is the largest customer, with 31 of the 737 Max 8 aircraft in its fleet.

"We have been in contact with Boeing and will continue to stay close to the investigation as it progresses," Southwest Airlines said in a emailed statement. "We remain confident in the safety and airworthiness of our fleet of more than 750 Boeing aircraft."

Southwest and American said last week that they hadn't yet received any information from Boeing about a software update for MCAS on the Max. Both carriers said their planes haven't experienced any problems related to the MCAS issue that investigators have focused on in the Lion Air crash.

Boeing said in a statement it is "deeply saddened to learn of the passing of the passengers and crew on Ethiopian Airlines Flight 302" and will be assisting investigators.