Uber Likely To Start Flying Taxi Service By 2023. Here's How It Looks 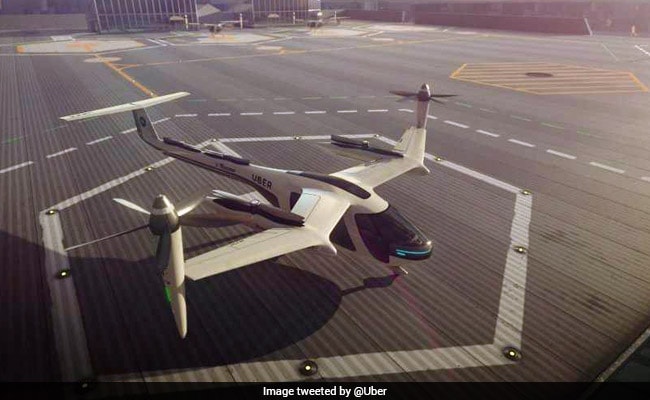 SAO PAULO: A network of electric aircraft Uber Technologies Inc is developing with Embraer SA is likely to launch commercially in 2024, the Brazilian planemaker's chief executive said on Friday, adding a year to the latest forecast from the ride-hailing company.

Engineers are projecting one-tonne vehicles transporting a pilot and four passengers at an altitude of 800 to 1,000 meters (2,600-3,300 feet), Souza said. The aircraft will be powered by batteries that can charge in as little as five minutes between flights, he added.

The project has provided an outlet for engineering resources at Embraer, whose newest planes - a military cargo jet and a new generation of passenger jets - are well into their flight testing campaigns.

Some 65 international delegations have shown interest in the KC-390 military transport aircraft that will enter the Brazilian Air Force next year, Souza said.

The transition to a new commercial jet line-up is pressuring operations, but Souza said Embraer would meet the bottom end of its 2017 profit margin and aircraft delivery targets.

(Except for the headline, this story has not been edited by NDTV staff and is published from a syndicated feed.)
Comments
UberEmbraerUber Flying Cabs