Democratic senator Elizabeth Warren said she took the test to silence Donald Trump, who regularly calls her "Pocahontas" and claims she benefited in schools and the work force from minority status. 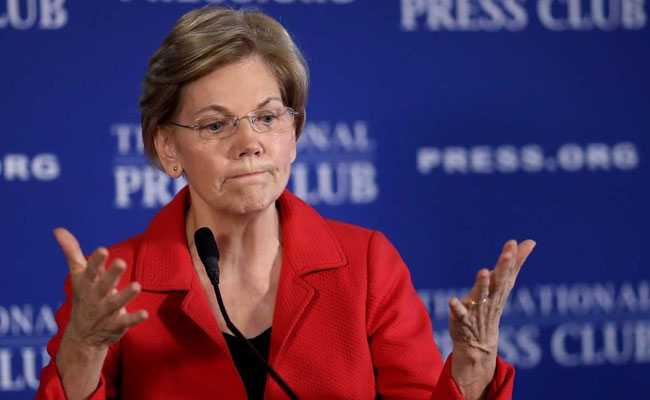 White House hopeful Elizabeth Warren has apologized to the Cherokee Nation after she took a DNA test when President Donald Trump cast doubt on her claim of indigenous heritage, US media reported Friday.

The Massachusetts Democratic senator said she took the test to silence Trump, who regularly calls her "Pocahontas" and claims she benefited in schools and the work force from minority status.

The results showed she did have Native American DNA dating back six-10 generations.

But the test was controversial for Native Americans, for whom being part of a tribe is cultural and includes living under tribal laws, rather than simple genetic links.

"Senator Warren has reached out to us and has apologized to the tribe," the Cherokee Nation said in a statement quoted by US media.

"We are encouraged by this dialogue and understanding that being a Cherokee Nation tribal citizen is rooted in centuries of culture and laws, not through DNA tests," it said.

"We are encouraged by her action and hope that the slurs and mockery of tribal citizens and Indian history and heritage will now come to an end," it added.

Meanwhile, Donald Trump Jr., the president's son, said on Twitter: "How about apologizing to Americans and actual minorities she likely displaced in schools/jobs over the years with fake claims of minority status?"

Warren, 69, the US Senate's consumer protection champion, became the most high-profile Democrat to throw her hat into the ring when she announced a presidential exploratory committee on December 31.

She is on the party's left flank, and built her reputation by holding Wall Street accountable for its missteps.

The New York Times reported that Warren was concerned that the DNA test issue could have hurt her relations with minority communities.