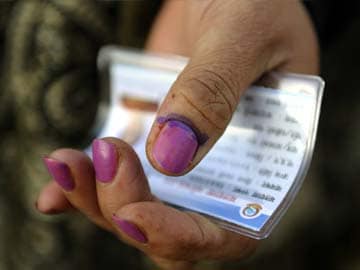 Kathmandu: Officials began counting votes on Wednesday that were cast during election for a special assembly to draw up a long-delayed constitution and pick a new Nepal government.

In the capital Katmandu, election officials opened ballot boxes collected from all 10 constituencies at the International Convention Center and began counting the thousands of ballot papers.

Rai said arrangements were being made to fly ballot boxes from some mountain areas by helicopter because snow had blocked roads. Nepal has 75 districts of which most of them are mountainous.

More than 70 percent of the 12 million eligible voters cast their votes during Tuesday's election in Nepal to choose the 601-member Constituent Assembly that would double as the parliament.

First results are expected by late Wednesday and final results are going to take at least a week.

The assembly will work on the long-delayed constitution. The last assembly elected in 2008 failed to fulfill the task because of squabbling among political leaders over who got to lead the nation. Some of the disagreements centered on whether to divide the country into a federal system based on ethnic groups or by geography.

The result was a power vacuum that has left Nepal without a proper constitution for nearly seven years.

None of the political parties are predicted to win majority and a coalition government is likely, which could take days to form even after the final results are announced.

Officials called the election successful and mostly free of violence. Although voting was suspended in one village.

The alliance of 33 opposition parties had vowed to disrupt the polls and declared a nine-day transport blockade. At least 30 people were injured in small bomb blasts and other violence in the run-up to the election.