Once A Tradition, Iraqis Say No Toy Guns In Bid To Celebrate Peaceful Eid

But nearly a year after security forces reclaimed a devastated city at the end of a brutal battle to dislodge the Islamic State group, there is little tolerance even for pretend warfare. 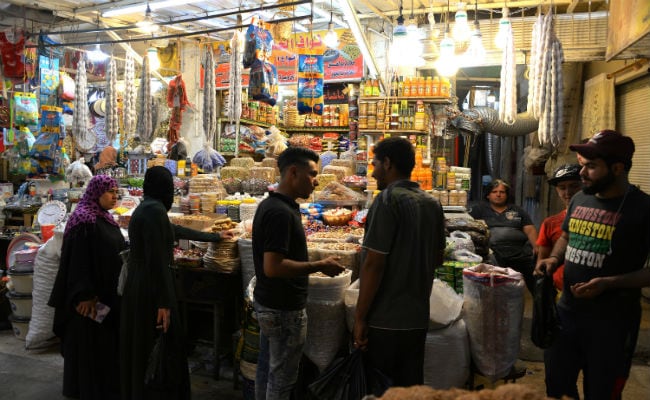 Eid 2018: Iraqis message could not be clearer -- the violence is over for a population weary of warfare

Mosul: It has long been a tradition in Iraq's second city Mosul for young boys to celebrate the Eid al-Fitr holiday by running riot with firecrackers or toy guys -- scaring their sisters and grandparents.

But nearly a year after security forces reclaimed a devastated city at the end of a brutal battle to dislodge the Islamic State group, there is little tolerance even for pretend warfare.

During the three-year rule by the jihadists, primary school mathematics often consisted of counting bullets and grenades, while youngsters were trained for frontline combat.

So for the first time, 50-year-old widow Umm Berqis refused to buy plastic guns for her four boys, as she geared up to celebrate the end of the month-long dawn to dusk Ramadan fast.

"Weapons have destroyed our city and wounded our children," she told AFP.

"This year, there's no question of buying toy guns. We hate everything that reminds us of the violence".

Her desire to reclaim innocence on behalf of her children is shared by many others, including 35-year-old father Ali Moayed.

"It's not a good idea (to buy toy guns) and anyway I haven't found one in my neighbourhood this year", he said.

Toy weapons and firecrackers are still for sale in the historic Nabi Younes market.

But one concerned local is determined to remove all traces -- by buying up entire stocks of the offending items, ahead of parents and children.

"I try to send a message to the vendors, so they stop putting them on their stalls", he told AFP, preferring to remain anonymous.

"I even hope to obtain an official ban due to the enormous harm guns inflict on children and society in general", he said.

It is a moral stand that has struck a chord with Mosul's imams.

During the Eid prayer early on Friday morning, sermons across the city urged traders to spread "joy" and "optimism" by selling alternative gifts.

Their message could not be clearer -- the violence is over for a population weary of warfare and free of the merciless IS yoke.

This year, not even celebratory firecrackers were heard in some of Mosul's districts, so keen were people to avoid triggering memories of incessant shelling and machine gun fire.

On one bank of the River Tigris, the predominant noise was that of children laughing and crying -- the cacophony of family picnics in parks across the world.

'End of the nightmare'

On the opposite river bank, Sheikh Ali Hatem wore a long traditional robe and turban and like every year, he lead the Eid prayer in the Al-Baher mosque.

He insisted on keeping the tradition going in the heart of the old city, even surrounded by burned out cars and the rubble of former homes, where some bodies are yet to be pulled from the debris.

"We will rebuild and if God wishes, next Eid we will pray" in a rebuilt mosque here, he said.

For centuries a cultural and commercial crossroads, the historic old city lost many of its treasures during the fight against IS.

Several landmarks were razed, including the Nuri mosque and the emblematic "Al-Hadba" (Hunchback) leaning minaret.

"This year, I finally feel joy during Eid after the end of the IS nightmare", said 32-year-old civil servant Umm Sarmad.

"We must put the sadness behind us if we want the city we adore to return to normal life."

And despite the death and destruction, there are signs the process is well underway.

"Women no longer wear the black full veil, men are no longer in Afghan style dress and we can visit the cemeteries again", a tradition IS forbade, Umm Sarmad rejoiced.

Many find joy in these restored simple pleasures.

Promoted
Listen to the latest songs, only on JioSaavn.com
"In previous years, I spent Eid shut in the house and cried... because I was scared of the jihadists" said 41-year-old housewife Umm Maher.

This year "we are free, we are done with these criminals," she added.