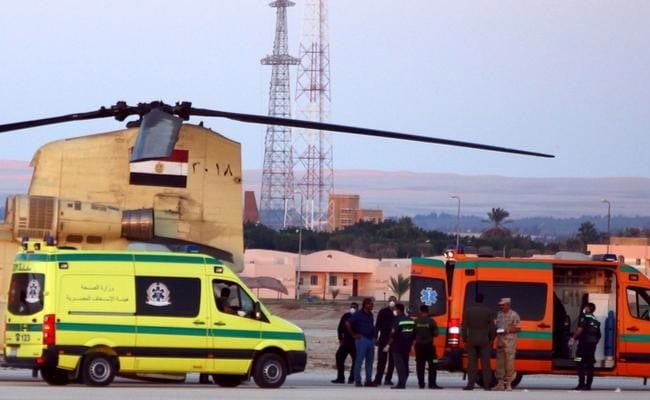 Cairo: Egyptian Prime Minister Sherif Ismail said on Saturday it was impossible to determine the cause of the Russian plane crash until the black box was examined but that no "irregular" activities were believed to be behind it.

The Russian airliner that crashed in Egypt's Sinai was carrying 217 passengers and seven crew members.

Ismail said in a news conference that the chances of finding survivors were now near-impossible and that a Russian team would arrive in Egypt on Saturday evening. Egypt was also preparing to receive the families of the victims and 129 bodies had been recovered so far.

The Egypt civil aviation ministry has confirmed that both the black boxes on the crashed aircraft had been recovered.

There are normally two black boxes on an aircraft, one for cockpit voice recordings and one for flight data. Egyptian authorities had earlier said they only found one.
© Thomson Reuters 2015
Comments
Russia plane crashRussia airliner crashRussia crashsinai crashISISIslamic state