Egyptian Photojournalist Released After More Than 5 years in prison 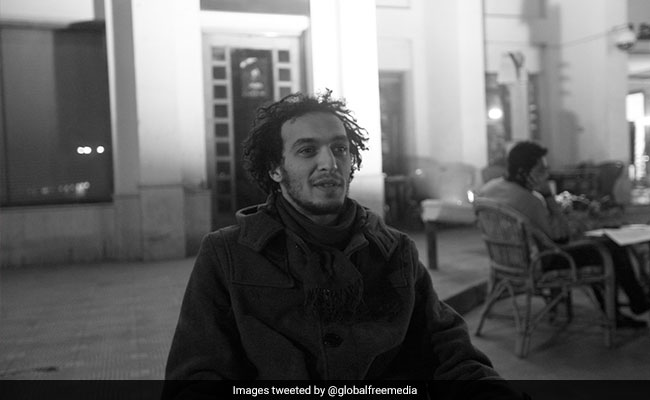 An award-winning Egyptian photojournalist was freed on Monday after serving more than five years in prison on charges of attending an Islamist protest in 2013.

Mahmoud Abu Zeid, also known as Shawkan, had been in custody since August 14, 2013, when he was arrested while covering the Muslim Brotherhood sit-in at Cairo's Rabaa al-Adawiya Square, reports Efe bews.

The photojournalist's lawyer Taher Abu al-Nasr told Efe that Shawkan was released at around 6 a.m. from a police station in the district of al-Haram, Giza.

Mr Shawkan won the 2018 Unesco/Guillermo Cano Press Freedom Prize, which was announced in Ghana on World Press Freedom Day on May 2, 2018.

His lawyer told Efe that the photojournalist would be placed on probation for another five years, meaning he will need to report to a police station each night after sunset, although those restrictions could still be adjusted by the Ministry of Interior.

Several human rights organisations such as Reporters Without Borders and Amnesty International have condemned Shawkan's arrest.

Hundreds of people were killed during the 2013 sit-in, which came after Egyptian President Abdel Fattah al-Sisi led the ouster of Egypt's first democratically elected president, Mohamed Morsi, of the now-outlawed Muslim Brotherhood.