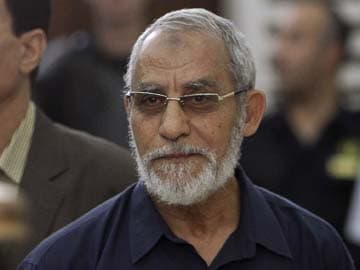 Muslim Brotherhood's Supreme Guide Mohamed Badie (R) looks on during his trial at a court in Cairo, in this May 18, 2014 file photo.

Promoted
Listen to the latest songs, only on JioSaavn.com
Badie, convicted along with some 36 other Brotherhood leaders and supporters for the same crime, is facing the death sentence in two separate cases.

US Warns China Of "Grave Consequences" Over Crackdown On Covid Protests