"It's not a matter of if, but when," he wrote in the Orlando Sentinel on Jan. 29, urging legislators to boost spending on school security after two school shootings in other states in January. "Florida is one instance away from becoming the next Kentucky or Texas, and we must do something about it." 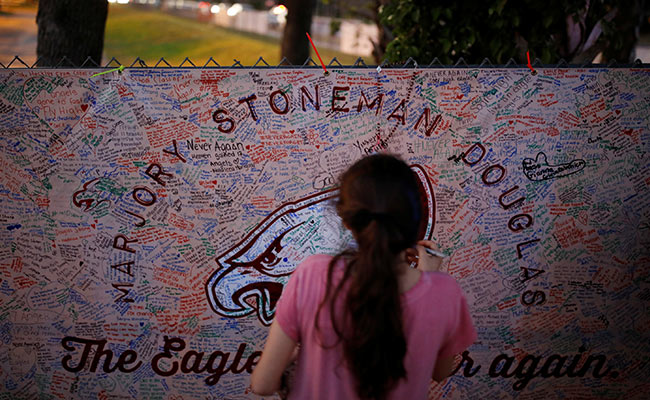 Two weeks before a gunman fatally shot 17 people at a Florida high school, Bill Lee, the president of the state's school administrators association, warned lawmakers that Florida's schools were vulnerable to just such an attack.

"It's not a matter of if, but when," he wrote in the Orlando Sentinel on Jan. 29, urging legislators to boost spending on school security after two school shootings in other states in January. "Florida is one instance away from becoming the next Kentucky or Texas, and we must do something about it."

State lawmakers, facing pressure from angry students, have signaled they will boost security funding after failing to do so for years.

"I wish the words had not been so prophetic," Lee said in an interview on Wednesday. 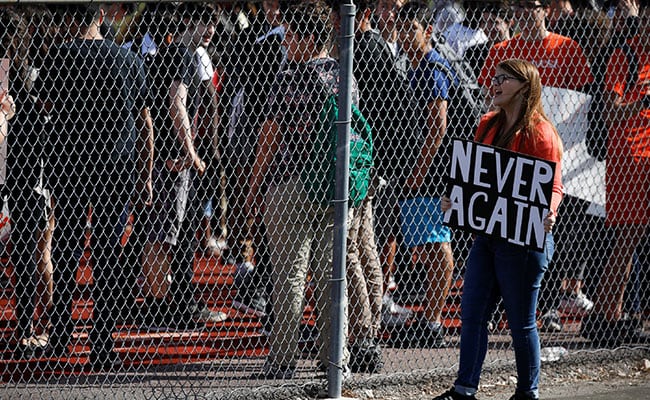 Students from Western High School carrying placards, take part in a protest in support of the gun control

Florida's Safe Schools program provides millions of dollars to more than 70 school districts for safety and security. Since 2002-03, however, funding for the program has dropped 25 percent per student, even as the threat of mass shootings has risen.

The current budget includes $64.4 million for an eighth straight year, according to state figures. Before the shooting, Governor Rick Scott had proposed adding $10 million next year.

Some parents have expressed anger that security measures at Stoneman Douglas were not more robust.

"Who do they have on campus? I think there's only one security person," said Elana Cohn, 45, who has a child at the school. "That's for a school with 3,200 students."

School officials in Broward County, where Stoneman Douglas is located, did not respond to requests for comment on security and Safe Schools funding.

In many ways, last Wednesday's massacre highlighted the limits of school security measures, both physical, such as fencing and officers, and preventative, such as counseling.

Like many other schools, Stoneman Douglas has a single entry point that requires proof of identity before a visitor can enter the sprawling campus during school hours. 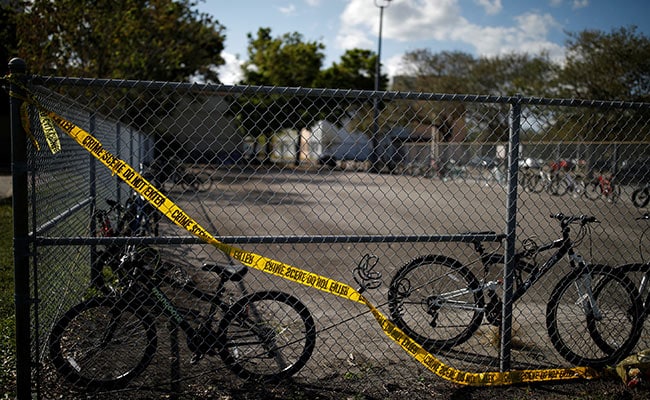 But as dismissal time approaches each day, exterior gates are opened to allow students to leave, said Jerry Graziose, the district's former head of school safety. That appears to be how the accused shooter, 19-year-old former Stoneman Douglas student Nikolas Cruz, entered the campus without being stopped.

"At dismissal, unfortunately, you've got to open the gates to let everyone out," Graziose said. "You've got 3,000 people."

Some parents said there had to be a better solution.

"Security was not adequate," said Angela Burrafato, 51, who has one child at the school. "We know we can get around the single-point front door entrance, and it's a problem."

The armed SRO assigned to the school from the sheriff's office, Scott Peterson, stayed outside the building during the attack instead of trying to engage Cruz, Broward County Sheriff Scott Israel said on Thursday.

Peterson resigned after being suspended as a result of his inaction. Israel did not say whether he could face criminal charges. Reuters was not immediately able to contact Peterson or a representative regarding his actions.

State data shows that Broward County had 160 SROs in 2016, the latest year available, including 39 for the district's 30 high schools. That is comparable to or greater than the number in other large districts.

Some staffers hold a dual role as security specialists or campus monitors. They are unarmed but have some training, Graziose said. One such employee at Stoneman Douglas, Aaron Feis, was shot to death while sheltering students.

"It's like a mini-college," he said. "If you're on one side of campus, it takes minutes to get to the other side, and this whole thing was over in five minutes."

On Wednesday, Israel, the Broward County sheriff, told reporters that some deputies would begin carrying semi-automatic rifles on school grounds.

U.S. President Donald Trump suggested during a meeting on Wednesday with surviving students that arming teachers and other staff could help prevent school massacres.

Broward County received nearly $6 million this academic year from the Safe Schools program. While districts statewide spend more than 80 percent of those funds on SROs, Broward was an exception, devoting less than half the money on officers, although it may use local funds to help pay for SROs.

Instead, the district dedicated millions of safe school dollars on an intervention program, where suspended students who would otherwise be sent home are diverted to off-campus centers, where teachers, counselors and social workers are assigned.

The effort earned Broward national attention as a leader in alternative discipline that disrupts the "school-to-prison pipeline" by giving troubled children a chance to stay in school.

It was not clear whether Cruz, who had a history of infractions before being expelled from Stoneman Douglas in 2017, benefited from that program. The Washington Post reported that he was sent to in-school suspension as well as off campus, citing school records.

Since the shooting, school administrators across the country have said that more counseling is needed when students have emotional problems.

But Lee, the school administrators association president, acknowledged there was no foolproof way of stopping a determined gunman, without turning school campuses into something akin to military installations.

Promoted
Listen to the latest songs, only on JioSaavn.com
"I really don't know how you prevent someone who is bent on destruction from carrying it out to some degree," he said. "We want to be an education system. We don't want to be a mini-prison."
© Thomson Reuters 2018

(This story has not been edited by NDTV staff and is auto-generated from a syndicated feed.)
Comments
Florida school shootingNRAdonald trump