It is not clear what caused the helicopter to crash some 12.5 kilometres off the coast of the Dutch island, Dutch armed forces chief said. 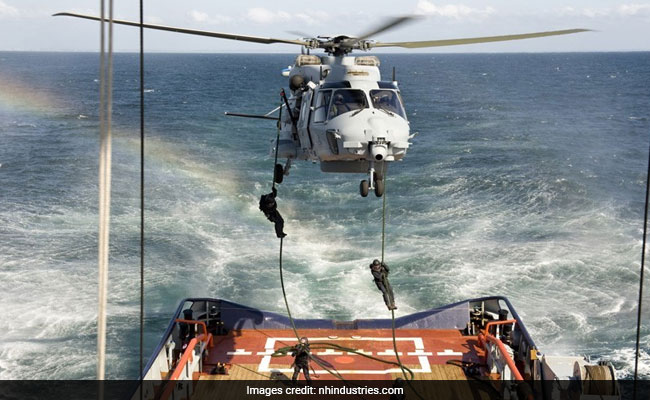 Pending investigation, all Dutch NH90 helicopters will be grounded until further notice

A Dutch military helicopter crashed in the Caribbean Sea near the island of Aruba, killing two of the four people on board, the Dutch defence ministry said on Monday.

Rob Bauer, the Dutch armed forces chief, said it was not clear what caused the helicopter to crash some 12.5 kilometres off the coast of the Dutch island at the end of a coast patrol surveillance flight on Sunday.

The other two crew members were not seriously injured, Bauer said.

Pending an investigation into the crash, all Dutch NH90 helicopters will be grounded until further notice.

There was no immediate comment from NHIndustries, the helicopter's manufacturer based in Aix en Provence, France.

Prime Minister Mark Rutte said he was shocked by the crash and offered his condolences to the victims' families.

Covid-19 Or The Flu? Amid "Twindemic", What Doctors Say About Symptoms