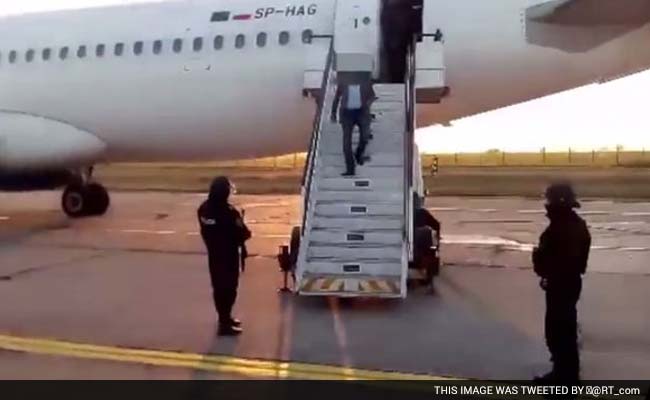 A bomb alert that forced a Polish airliner bound for Egypt to emergency land in Bulgaria was a false alarm caused by a "drunken Pole talking rubbish.

The warning by one of the 161 passengers on the flight headed for the Red Sea resort of Hurghada that there was a bomb on board was "completely false," Prime Minister Boyko Borisov said.

"It was because of a drunken Polish passenger talking rubbish. At the very least it was a useful exercise" for Burgas airport where the plane landed early today, he told public broadcaster BNR.

All passengers had to be evacuated from the Small Planet aircraft after it touched down at 5:45 am (0345 GMT) and police conducted a search, finding nothing suspect.

Bulgarian media reported that the passenger who caused the alert, a man in his 60s, was taken into custody and told police that he had seen a suspect package on board, but admitted he had been drinking.

Security services are currently on extra high alert after Friday's terror attacks in Paris and the downing of a Russian airliner over Egypt on October 31 with 224 people on board, which Moscow said this week was caused by a bomb.