Donations Save National Christmas Tree From Darkness Amid US Shutdown 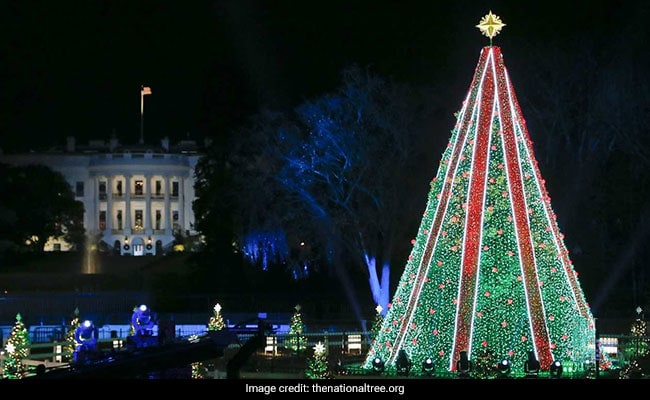 The tree and its lighting had been damaged by a rogue climber on Friday. (file)

In a Christmas season of drastically reduced ambitions, perhaps this qualifies as a miracle.

The National Christmas Tree that sits behind the White House will be reopened to the public on Monday after becoming an unfortunate totem of Washington's political dysfunction when it went dark over the weekend amid the federal shutdown.

The tree and its lighting had been damaged by a rogue climber on Friday, and it was unclear whether it would be fixed in time for the holiday.

But the private sector stepped in when the federal government could not.

The National Park Foundation, a nonprofit that is the official charity to help private money improve the national park system, gave the National Park Service enough money both to investigate the damage caused by the climber, and keep the park open and lighted through Jan. 1, it announced Monday.

The darkening of the tree, which sits in a park just below the White House's South Lawn, was the result of two seemingly disparate events on Friday evening.

In one, the United States Congress failed to come up with a passable budget after disagreements about who would fund Trump's much ballyhooed border wall, requiring the government to begin shutting down after midnight.

In the other, a man scaled about 15-20 feet of the tree, which damaged it and its lighting, the police said. A National Park Service spokeswoman told The Washington Post that night that the tree lights would remain off while the damage the man caused was assessed.

But then midnight came.

The tree was closed over the weekend, drawing a flurry of news coverage. If it is possible for an event to be the opposite of a Christmas miracle, this was it: a simple and inexpensive government tradition, just steps from the White House, brought to a halt as a result of a political tug-of-war.

The National Park Service said through spokeswoman Jenny Anzelmo-Sarles that the tree was closed from the climbing incident but that the shutdown on Dec. 22 "complicated efforts" to fix the issue. On Monday, the foundation provided a cash donation that will allow the site to be reopened, relighted and managed through the new year. The total cost: $1,470 a day, the smallest of infinitesimally small drops in the government's more than $4 trillion yearly budget.

Workers were unable to repair the star at the top of the tree, so it will remain unlit.

(Except for the headline, this story has not been edited by NDTV staff and is published from a syndicated feed.)
Comments
National Christmas TreeWhite HouseChristmas Tree