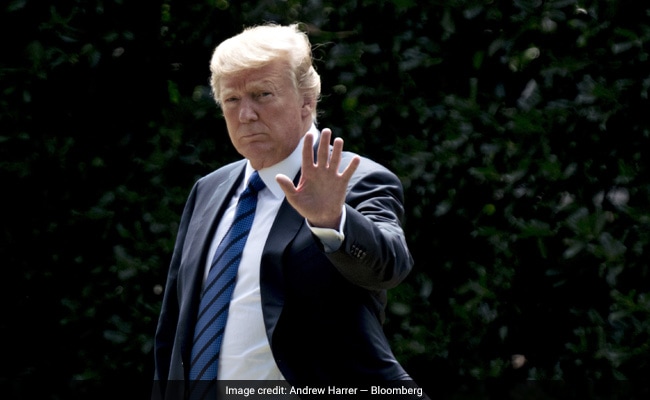 President Donald Trump, in a tweet in capital letters late Sunday night, warned Iranian President Hassan Rouhani that if Iran threatened the United States again, it would face severe consequences, as Secretary of State Mike Pompeo said the United States would step up broadcasts into Iran that could destabilize the country's theocratic rulers.

"To Iranian President Rouhani: NEVER, EVER THREATEN THE UNITED STATES AGAIN OR YOU WILL SUFFER CONSEQUENCES THE LIKES OF WHICH FEW THROUGHOUT HISTORY HAVE EVER SUFFERED BEFORE. WE ARE NO LONGER A COUNTRY THAT WILL STAND FOR YOUR DEMENTED WORDS OF VIOLENCE & DEATH. BE CAUTIOUS!" Trump tweeted.

Earlier Sunday, Rouhani said the United States should avoid inciting Iranians against the government as the Trump administration is poised to reimpose sanctions suspended under the 2015 nuclear deal that Trump withdrew from in May. 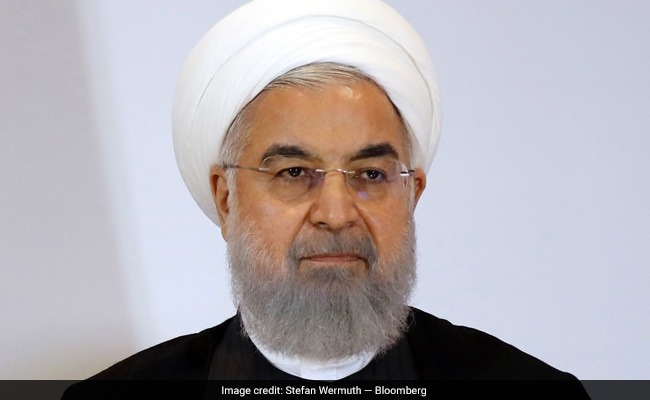 "You are not in a position to incite the Iranian nation against Iran's security and interests," Rouhani said.

The escalation of bellicose rhetoric comes just three weeks before the first round of banking sanctions suspended under the nuclear deal is reimposed. Bigger sanctions, which will take effect in November, are aimed at cutting off virtually all of Iran's oil market.

Pompeo on Sunday launched a harsh attack on Iran's clerical and military rulers, calling them a kleptocracy akin to the Mafia.

"The level of corruption and wealth among regime leaders shows that Iran is run by something that resembles the Mafia more than a government," he said in speech made to a largely Iranian American audience at the Ronald Reagan Presidential Library in Simi Valley, California. Pompeo was introduced by Fred Ryan, publisher of The Washington Post and chairman of the Ronald Reagan Foundation.

Pompeo said the administration has concluded that Tehran has no statesmen willing to moderate its policies, a sharp break from the Obama administration, which negotiated the nuclear deal hoping an improving economy would give relative pragmatists like Rouhani a boost.

But Pompeo said Rouhani and Foreign Minister Mohammad Javad Zarif are "merely polished frontmen for the Ayatollah's international con artistry. Their nuclear deal didn't make them moderates, it made them wolves in sheep's clothing."

He stopped short of calling for regime change, but he announced stepped-up U.S. government broadcasting in Farsi that is likely to foment further unrest against the government.

He said the US Broadcasting Board of Governors is taking steps to circumvent internet censorship in Iran, and creating a round-the-clock Farsi channel across television, radio, digital and social media formats, "so that ordinary Iranians inside Iran and around the globe will know that America stands with them."

When a member of the audience asked him whether the Iranian people might gain control of their country in the foreseeable future, Pompeo replied swiftly, "Of course."

Pompeo said the Trump administration would be willing to hold talks with the Iranian government if it stops repressing dissidents and religious minorities and stops supporting militant groups in conflicts elsewhere in the region. But the one-sentence offer in a long speech suggests that Pompeo deems any behavior change by Iran unlikely.

Many of the Iranian Americans in the audience either fled or are descendants of those who fled the country after the Islamic Revolution toppled the shah in 1979. Southern California is home to about 250,000 Iranian Americans.

"To our Iranian American and Iranian friends," Pompeo said, "tonight I tell you that the Trump administration dreams the same dreams for the people of Iran as you do, and through our labors and God's providence, that day will come true."

Several members of the Trump administration and Trump's circle have been outspoken hawks on Iran. Before joining the White House, national security adviser John Bolton called for the overthrow of the Iranian government. Rudy Giuliani, Trump's personal attorney, has given paid speeches to the Mujahideen-e Khalq (MEK), a controversial dissident group that the State Department listed as a terrorist group until 2012. On Sunday, Nikki Haley, the US ambassador to the United Nations, retweeted a three-day-old posting from the official account of the MEK.

Pompeo's remarks Sunday reprised his criticism of the Iranian government, but on a deeply personal level that is likely to be repeated in the US government broadcasts into Iran.

He lit into what he called Iran's "hypocritical holy men," saying the ruling elites have enriched themselves through corruption, and called out officials by name who he said had plundered government coffers through embezzlement or by winning lucrative contracts.

He singled out "the billionaire general," Interior Minister Sadegh Mahsouli; Grand Ayatollah Makarem Shirazi, the "Sultan of Sugar"; and Sadeq Ardeshir Larijani, the head of Iran's judiciary, whom he said had embezzled $300 million in public money.

"Call me crazy," Pompeo said, "but I'm a little skeptical that a thieving thug under international sanctions is the right man to be Iran's highest-ranking judicial official."

He also attacked Ayatollah Ali Khamenei for presiding over a $95 billion "sludge fund" for the Islamic Revolutionary Guard Corps.

Pompeo also blamed the government for Iran's economic woes, which have led to anti-government protests nationwide.

"The bitter irony of the economic situation in Iran is that the regime uses its time to line its own pockets while its people cry out for jobs, reform and opportunity," Pompeo said. "The Iranian economy is going great - but only if you're a politically connected member of the elite."

Some analysts said the administration's stance is putting the United States on the road to a direct confrontation with the Islamic Republic, which it has not had relations with since the 1979 revolution.

"Mike Pompeo removed all doubt today that the aim of the Trump administration is confrontation with Iran - not a better nuclear deal or new negotiations," Trita Parsi, head of the National Iranian American Council, said in a statement. "The Trump administration's actions and words are simply not compatible with any policy other than fomenting unrest in and destabilizing Iran."

Mark Dubowitz, head of the Foundation for Defense of Democracies and a leading critic of Iran and the 2015 nuclear deal, called Pompeo's remarks a "powerful indictment of a corrupt and repressive regime," and suggested that US support will help lead to the demise of the theocratic government.

(Except for the headline, this story has not been edited by NDTV staff and is published from a syndicated feed.)
Comments
Donald TrumpHassan Rouhani