The newspaper, quoting unidentified associates of Donald Trump, said the plan was concocted with Donald Trump's lawyer, Michael Cohen, who has implicated him in "hush payments" made before the 2016 election. 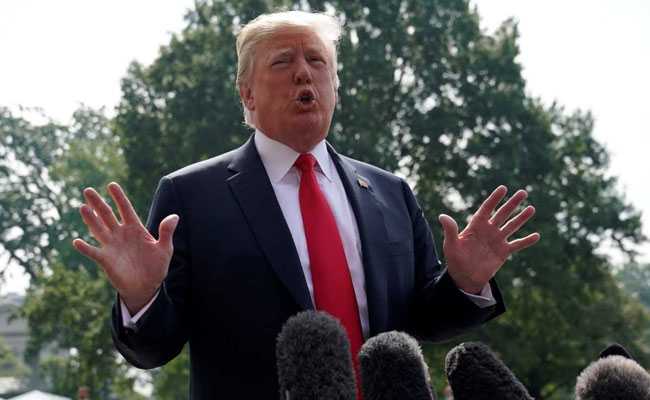 The plan to purchase all the "dirt" was concocted with Donald Trump's lawyer, Michael Cohen (Reuters)

Donald Trump sought to purchase all the "dirt" that the National Enquirer, a leading scandal sheet, had collected on him over the past decades, The New York Times reported Thursday.

The newspaper, quoting unidentified associates of Trump, said the plan was concocted with Trump's lawyer, Michael Cohen, who has implicated him in "hush payments" made before the 2016 election.

Cohen agreed to a plea deal with prosecutors this month that included an admission that he had made payments to silence two women who claimed to have had affairs with Trump before he ran for the White House.

The Times said there was a plan to go even further -- purchasing all of the information collected on Trump since the 1980s by the National Enquirer and its parent company American Media.

The Times said the scheme, however, was "never finalized."

The Times said the plan was alluded to in taped conversations between Trump and Cohen which were released last month.

The Times said it was unclear how much information on Trump, a fixture on New York's social scene since the 1980s, is still in American Media's possession.

American Media is owned by David Pecker, a longtime Trump ally who has reportedly been granted partial immunity to talk with prosecutors.

According to the newspaper, Pecker for decades ordered staffers of American Media to buy up troublesome stories about Trump and to bury them.

That was the case with McDougal's story which was purchased for $150,000 by American Media and then never published, it said.

Cohen pleaded guilty to two counts of violating campaign finance laws, along with six counts of fraud -- identifying Trump as his co-conspirator when it came to the hush payments.

Trump has insisted he did nothing wrong, telling "Fox and Friends" that the payments were not a "campaign violation."

"They didn't come out of the campaign," he said. "They came from me and I tweeted about it."