The White House says that Iran, a longtime enemy and rival of US allies Israel and Saudi Arabia, is sowing instability across the region. 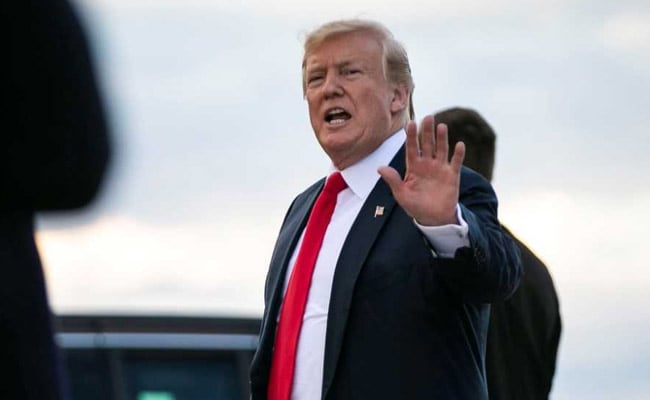 Trump denied any discord in White House over moves that critics say could lead to war in the Middle East.

President Donald Trump on Wednesday predicted that Iran will "soon" want to negotiate and denied any discord in the White House over moves that critics say could lead to war in the Middle East.

"Different opinions are expressed and I make a decisive and final decision -- it is a very simple process," Trump tweeted. "I'm sure that Iran will want to talk soon."

Trump blasted media reports about turmoil in the White House over a series of steps taken by the administration to up pressure on Iran, saying "there is no infighting whatsoever."

The United States on Wednesday ordered non-essential staff to leave its embassy in neighboring Iraq, claiming there is an "imminent" threat from Iranian-linked Iraqi militias.

Ten days ago, Trump also ordered an aircraft carrier and nuclear-capable bomber planes to deploy to the Gulf.

Democrats in Congress demanded that the Trump administration brief them on what it considers to be the Iran threat, warning that the US legislature has not approved military action against Tehran.

Opponents of Trump say that hardliners led by national security advisor John Bolton, who has long advocated toppling the Iranian government, are pushing the country into war.

The White House says that Iran, a longtime enemy and rival of US allies Israel and Saudi Arabia, is sowing instability across the region.

Washington also says that Tehran is secretly pursuing nuclear weapons, despite having agreed to strict controls under an international accord that Trump abandoned after winning election in 2016.