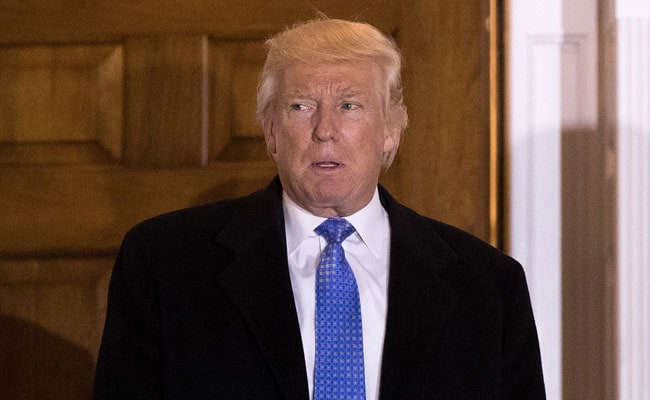 Donald Trump said that he doesn't want China to dictate him. (File Photo)

Washington: US President-elect Donald Trump today questioned the relevance of continuing the "One-China" policy if Beijing refuses to make any concessions on trade, making it clear that the communist nation can't "dictate" him.

The US since 1979 has respected China's stance on Taiwan, which it sees as a breakaway province. But Trump said without concessions from China, he did not see why it should continue.

"I fully understand the One-China policy. But I don't know why we have to be bound by a One-China policy unless we make a deal with China having to do with other things, including trade," Trump told Fox News.

"We are being hurt very badly by China with devaluation, with taxing us heavy at the borders when we don't tax them, with building a massive fortress in the middle of the South China Sea, which they shouldn't be doing," he said.

So, I don't want China dictating to me," he said. Responding to a question on outrage in China over him receiving a congratulatory phone call from the president of Taiwan, he defended the conversation with Tsai Ing-wen.

"This was a call put into me. I didn't make the call. And it was a call, very short call, saying, "Congratulations, sir, on the victory. It was a very nice call. Short," he said.

"Why should some other nation be able to say, I can't take a call? I think it would have been very disrespectful, to be honest with you, not taking it," Trump said.

Trump's decision to take the phone call earlier this month was a break from US diplomatic tradition and prompted a formal protest from Beijing. No US president or president-elect had spoken directly to a Taiwanese leader for decades before that.

Promoted
Listen to the latest songs, only on JioSaavn.com
Trump has previously criticised China for its monetary policy and its operations in the South China Sea in a series of tweets.