The four-page memo was written by Republican lawmaker Devin Nunes, chairman of the House Intelligence Committee, and purports to show the Justice Department and the FBI as deeply politicized, anti-Trump agencies. 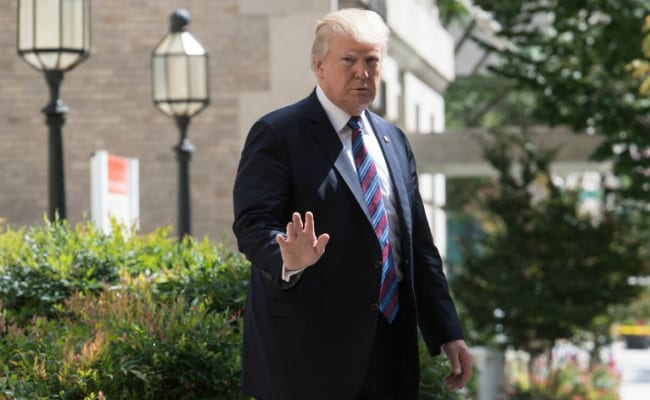 Washington: US President Donald Trump is set to approve the release of an explosive memo alleging abuse of power in the FBI's probe of his election campaign, a White House official said Thursday.

Rejecting entreaties from the Justice Department and Federal Bureau of Investigation to block the document on the grounds it could expose top secret counterintelligence data, the official told AFP the president's green light would likely come on Friday.

"The president is OK with it," the official said. "I doubt there will be any redactions. It's in Congress's hands after that."

The four-page memo was written by Republican lawmaker Devin Nunes, chairman of the House Intelligence Committee, and purports to show the Justice Department and the FBI as deeply politicized, anti-Trump agencies.

Its release would amount to an outright rejection of the FBI's extraordinary warning Tuesday that it had "grave concerns about material omissions of fact that fundamentally impact the memo's accuracy."

Democrats and critics in the intelligence community say the release is a stunt aimed at casting doubt on the independence of the Justice Department and FBI, using very selective information that cannot be countered publicly without revealing more secrets about government counterintelligence operations.

They say the ultimate goal of Nunes, with Trump's support, is to undermine special counsel Robert Mueller's investigation into possible collusion between the Trump campaign and Russia, which has edged closer to the president himself.

Based on highly classified documents dealing with Russian espionage, Nunes' memo is his summary of what lay behind the FBI obtaining a so-called FISA national security warrant in 2016 to surveil Trump campaign official Carter Page, who had many Russian contacts.

Nunes alleges that the basis of the warrant application was the "Russia dossier," information on contacts between the Trump campaign and Moscow compiled by former British intelligence agent Christopher Steele.

The dossier remains contentious and unproven, and was financed in part by Democrat Hillary Clinton's presidential campaign -- a fact that Nunes says shows the FBI and Justice Department's anti-Trump bias and abuse of power.

The story the Nunes memo is expected to paint tallies with Trump's longstanding claims that allegations of collusion between his campaign and a Russian effort to sway the 2016 election are "fake news".

Paul Ryan, the Republican speaker of the House of Representatives, defended the memo Thursday as part of an effort to protect American civil liberties.

"This memo is not an indictment of the FBI or the Department of Justice," Ryan said.

"What it is, is the Congress's legitimate function of oversight to make sure that the FISA process is being used correctly," he said, adding: "This does not implicate the Mueller investigation"

Leading Democrats Senator Chuck Schumer and Representative Nancy Pelosi on Wednesday both called on Ryan to remove Nunes from his position as head of the Intelligence Committee.

Nunes "seeks to release a conspiracy-themed memo that selectively cherry-picks classified information intended to discredit the past work of the Federal Bureau of Investigation and ultimately Special Counsel Mueller," Schumer said in a letter to Ryan.

Members of the broader intelligence community meanwhile are outraged that Nunes and Trump would be willing to expose counterintelligence operations.

"I had many fights with Congressional Dems over the years on national security matters. But I never witnessed the type of reckless partisan behavior I am now seeing from Nunes and House Republicans," former CIA director John Brennan said in a tweet Wednesday.

"Absence of moral and ethical leadership in WH is fueling this government crisis."

(Except for the headline, this story has not been edited by NDTV staff and is published from a syndicated feed.)
Comments
Donald TrumpFBI Secret Memo On trumpHillar Clinton