Several top Democrats, including Senate Minority Leader Chuck Schumer of New York, have voiced concern that Trump may seek to shut down the government to divert public attention from the impeachment battle. 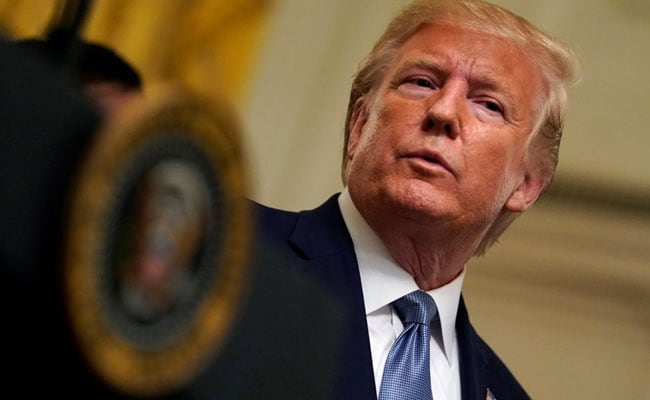 "I wouldn't commit to anything. It depends on what the negotiations are," Donald Trump said

President Donald Trump said Sunday that he will not commit to keeping the federal government open past a late-November funding deadline, raising the specter of a shutdown battle as House Democrats expand their impeachment inquiry.

Several top Democrats, including Senate Minority Leader Chuck Schumer of New York, have voiced concern that Trump may seek to shut down the government to divert public attention from the impeachment battle.

Asked Sunday about those concerns, Trump told reporters outside the White House that he doesn't think Democrats "believe that at all." In response to another question about whether he will commit to avoiding a government shutdown, the president declined to say.

"I wouldn't commit to anything," Trump said. "It depends on what the negotiations are."

In the event of a shutdown, many federal workers and contractors would go without pay. Members of Congress, however, would continue to receive their salaries, although some have voluntarily sought to donate their pay during previous shutdowns.

During the 35-day partial shutdown that occurred late last year and early this year, dozens of lawmakers said they were refusing or donating their pay as long as any part of the government remained closed.

This time around, members of Congress face a Nov. 21 deadline by which to pass the 12 appropriations bills that keep all federal agencies funded. Lawmakers passed a short-term spending bill in September, and it appears likely that they may seek to pass a similar stopgap measure this month.

Complicating matters is the fact that the House is on recess this week, meaning that lawmakers have eight legislative days during which to act before the current funding expires.