According to a source familiar with Michael Cohen's thinking, the person who possessed the photos destroyed them after Cohen intervened on the Falwells' behalf. 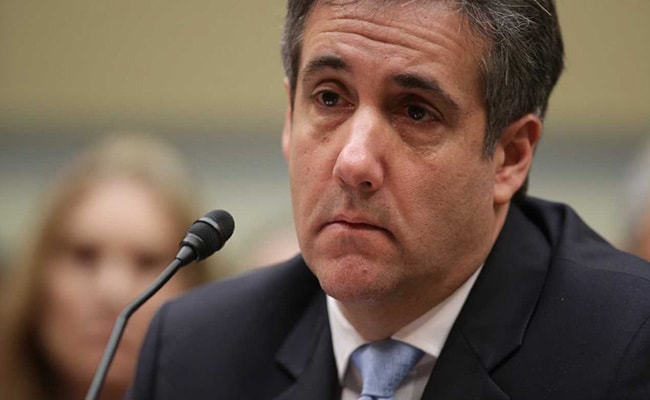 Falwell, president of Liberty University, one of the world's largest Christian universities, said someone had come into possession of what Cohen described as racy "personal" photographs -- the sort that would typically be kept "between husband and wife," Cohen said in the taped conversation.

According to a source familiar with Cohen's thinking, the person who possessed the photos destroyed them after Cohen intervened on the Falwells' behalf.

The Falwells, through a lawyer, declined to comment for this article.

Cohen, who began a three-year prison sentence this week for federal campaign violations and lying to Congress, recounted his involvement in the matter in a recording made surreptitiously by comedian Tom Arnold on March 25. Portions of the recording -- in which Cohen appeared to disavow parts of his guilty plea -- were first reported April 24 by The Wall Street Journal.

The Falwells enlisted Cohen's help in 2015, according to the source familiar with Cohen's thinking, the year Trump announced his presidential candidacy. At the time, Cohen was Trump's confidant and personal lawyer, and he worked for the Trump Organization.

The Falwells wanted to keep "a bunch of photographs, personal photographs" from becoming public, Cohen told Arnold. "I actually have one of the photos," he said, without going into specifics. "It's terrible."

Cohen would later prove successful in another matter involving Falwell, two people familiar with the matter told Reuters. Cohen helped persuade Falwell to issue his endorsement of Trump's presidential candidacy at a critical moment, they said: just before the Iowa caucuses. Falwell subsequently barnstormed with Trump and vouched for the candidate's Christian virtues.

Reuters has no evidence that Falwell's endorsement of Trump was related to Cohen's involvement in the photo matter. The source familiar with Cohen's thinking insisted the endorsement and the help with the photographs were separate issues.

Cohen's connection to the Falwells sheds light on the formidable alliance between Trump and a man who, through his university, is one of the most influential evangelical figures in America. Falwell's backing helped galvanize evangelicals and persuaded many Christians concerned about Trump's past behaviour to embrace him as a repentant sinner.

Falwell's support for Trump has not wavered throughout the New York celebrity-politician's own tribulations, including the Access Hollywood recording of Trump talking about grabbing women's genitals and payoffs made by Cohen to hide Trump's extramarital affairs. This past weekend, Falwell tweeted that "Trump should have 2 yrs added to his 1st term" to make up for the two years of the Mueller investigation into Russian interference in the 2016 U.S. presidential election.

Falwell's endorsement of Trump, however, did surprise some students and staff at Liberty University, the school in Lynchburg, Virginia, founded by Falwell's father, Jerry. It was at Liberty where fellow Republican presidential candidate and major Trump rival Ted Cruz had chosen to launch his campaign the previous year. Cruz's father was an evangelical preacher, much like Falwell's father; Trump has been married three times and divorced twice. For years, prior to running for president, Trump boasted of his sexual exploits and supported a host of social positions, such as abortion rights, that run counter to beliefs espoused by Falwell.

Although Falwell declined interview requests for this story, he has said repeatedly that he endorsed Trump because Trump was the strongest candidate, had significant experience running a business, and had the right vision for the country.

The connection between Trump and Falwell goes back years. In 2012, Trump gave the convocation at Liberty University. One link between Trump and the couple appears to have been Cohen, a now-disbarred New York lawyer who formed a close bond with the Falwells.

During the campaign, Cohen worked closely with Liberty University to help promote Trump's candidacy. It was around that time that Cohen heard from the Falwells about the photographs, said the source familiar with Cohen's thinking.

The Falwells told Cohen that someone had obtained photographs that were embarrassing to them, and was demanding money, the source said. Reuters was unable to determine who made the demand. The source said Cohen flew to Florida and soon met with an attorney for the person with the photographs. Cohen spoke with the attorney, telling the lawyer that his client was committing a crime, and that law enforcement authorities would be called if the demands didn't stop, the source said.

The matter was soon resolved, the source said, and the lawyer told Cohen that all of the photographs were destroyed.

Months later, in early 2016, Trump faced what seemed like an enormous challenge. The Iowa caucus was coming up, and Cohen -- then deeply loyal to Trump -- was concerned about how Trump would fare, the source said. Cohen felt Trump "was being slaughtered in that community," and "didn't want to see him embarrassed or, you know, without support," said the source familiar with Cohen's thinking. Cohen repeatedly reached out to Jerry Falwell, and pleaded with him to back Trump, the source said.

Soon after, according to this account, Falwell made his historic announcement. "I am proud to offer my endorsement of Donald J. Trump for President of the United States," Falwell was quoted saying in a statement issued by the Trump campaign. "He is a successful executive and entrepreneur, a wonderful father and a man who I believe can lead our country to greatness again."

(Except for the headline, this story has not been edited by NDTV staff and is published from a syndicated feed.)
Comments
Donald TrumpMichael CohenJerry Falwell Jr