Trump "Does Exactly What Clown Does": Director Of Stephen King's It

The director of the record-breaking, two-part film adaptation of "It" has controversially claimed that Stephen King's horrifying invention shares a lot in common with a real-life figure - President Donald Trump 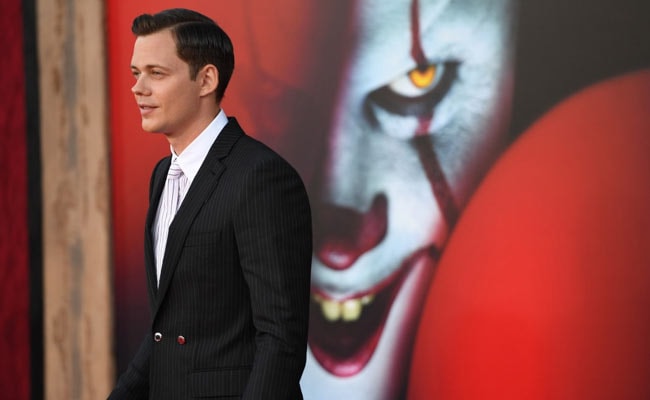 Pennywise, the murderous clown who lurks in sewers and feasts on terrified children, is perhaps the most evil creation to ever emerge from the warped mind of Stephen King.

But the director of the record-breaking, two-part film adaptation of "It" has controversially claimed that King's horrifying invention shares a lot in common with a real-life figure -- President Donald Trump.

"He does exactly what the clown does, you know?" Andy Muschietti told AFP.

"The clown is trying to divide the 'Losers' all the time, to turn them against them(selves) and make them weaker," said the Argentine director, referring to the nickname for the group of pre-teen misfits who are the heroes of "It."

"That's how he conquers, he tries to conquer them and destroy them."

Drawing parallels between high-concept horror icons and the current White House inhabitant is certain to shock many.

But beyond the killer clown's gruesome theatrics, King's novel is already an exploration of the dark underbelly of small-town America, said Muschietti, tackling sinister yet tragically real themes such as spousal abuse and incest.

Movie sequel "It Chapter Two," out Friday, covers the concluding sections of the novel in which the children -- now grown up and enjoying successful lives elsewhere -- must return to their hometown to confront a resurgent Pennywise.

It features a famous scene from the novel in which a young gay man suffers a savage homophobic assault by a local gang, which was based on a real-life incident in Bangor, the town in the northeastern state of Maine where King lives.

While it was omitted from the popular 1990 TV mini-series adaptation, Muschietti said that including the scene was crucial for making "a movie that is connected to the times that we live in."

"We live in a culture of fear, leaders that are trying to divide people, to control us, to conquer us, and to turn us against each other," he said.

The performance of the first "It" movie at box offices in 2017 leaves no doubt that the franchise resonates today with audiences, more than three decades on from King's novel.

The R-rated blockbuster took in a whopping $700 million around the world to become the highest-grossing horror film of all time.

"Yeah, that was ridiculous!" said Muschietti. "The first weekend was just insane ... it just went through the roof."

Of course, King could not have intended Muschietti's startling analogy back in 1986 -- even if the outspoken Trump critic did famously create a populist outsider who shocks and bullies his way to the US presidency in his prescient 1979 novel "The Dead Zone."

But according to Muschietti, the horror master was nothing but supportive of the direction of his film adaptations -- to the point of making a cameo appearance in the sequel.

"He's very respectful of adaptations. It was I who actually reached out to him," said Muschietti, who showed King the sequel's script ahead of filming.

"I really wanted to include him at least from an opinion standpoint. But he liked the first one so much and he liked the script of the second one so much that he didn't really have much to change."

It is a far cry from the famous rift between King and Stanley Kubrick, who adapted his novel "The Shining" into a 1980 movie widely seen as a genre masterpiece, but reviled by its original author for its departures from his plot.

"That was a long time ago," said Muschietti, adding: "He felt insulted, but he's changed so much since.

"I think he learnt to embrace the idea that the adaptation is a different beast."

Muschietti said his own craftmanship has come a long way from his 2013 breakthrough film "Mama," which like "It Chapter Two" was produced by his sister Barbara and starred Jessica Chastain.

"I learnt to relax a little more and enjoy the process, which is something I didn't do in my first movie -- understandably, I guess," said Muschietti.

Made for around $20 million, "Mama" was no small fry, but still a world away from Muschietti's new film, which he says cost between $60-$70 million.

Some are predicting even higher box office returns this time around, potentially approaching the billion-dollar mark, and Muschietti admits the pressure is on.

"I don't want to think about that too much -- I'd rather have low expectations to start with," he said, before conceding that the nearly three-hour-long sequel is more ambitious in scope.