To fight against what it considers "Fake News" generated by the mainstream media, Team Trump is now producing what it is billing as the "Real News." 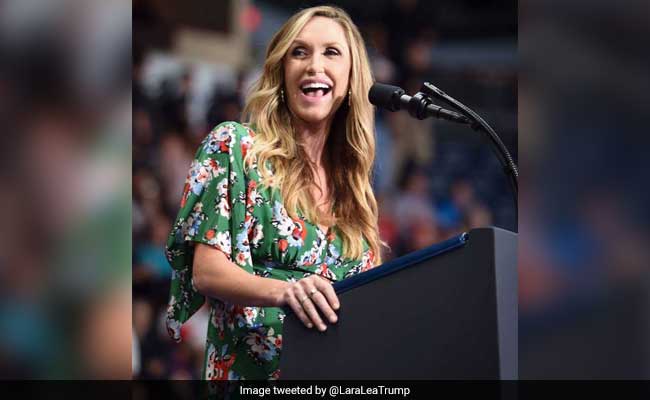 Washington: Hardly a week goes by without US President Donald Trump venting his frustration at the media's coverage of his White House.

"The Fake News refuses to report the success of the first 6 months," President Trump tweeted Sunday in one of his latest broadsides.

To fight against what it considers "Fake News" generated by the mainstream media, Team Trump is now producing what it is billing as the "Real News."

The first "Real News" video appeared a little over a week ago on President Trump's Facebook page and featured the president's daughter-in-law, Lara Trump, who is married to his son Eric.

Shot against a blue backdrop advertising, DonaldJTrump.com and the 2016 Trump-Pence ticket, the video, filmed at Trump Tower in New York, mimics the format of a television newscast.

"Hey everybody, Lara Trump here," she begins breezily. "I bet you haven't heard about all the accomplishments the president had this week because there's so much fake news out there."

Ms Lara Trump goes on to note that her billionaire father-in-law has donated his presidential salary to the National Park Service and the Department of Education.

"This is a president who is putting America before himself," she says, before praising his economic achievements.

"The economy is booming ladies and gentlemen," the 34-year-old notes in the broadcast, reportedly paid for by President Trump's presidential campaign committee.

She signs off the two-minute video, which has drawn over 2.3 million views on Facebook, by saying: "Thanks for joining us everybody. I'm Lara Trump and that is the real news."

The video was followed by another over the weekend from Ms Kayleigh McEnany, a conservative television pundit and Trump supporter.

Ms McEnany, 29, who was named spokeswoman for the Republican Party on Monday, lauds the number of jobs created since President Trump took office in January and the record stock market highs.

"President Trump has clearly steered the economy back in the right direction," Ms McEnany says.

"I'm Kayleigh McEnany and that is the real news," she says in her signoff for the 90-second video which has drawn over 1.5 million views.

The promotional video broadcasts, dubbed "Trump TV" by some critics, have become the target of mockery from late night comedy shows.

And it was not only comedians making the comparison.

"Wow. Feels eerily like so many state-owned channels I've watched in other countries," Mr Michael McFaul, a former US ambassador to Russia who served on the National Security Council under president Barack Obama, said on Twitter.

While detractors attacked the "Real News" broadcasts, others noted that Mr Obama and others before him used the White House's media machinery to promote their accomplishments.

"These critics failed to raise the red flag of propaganda when Trump's predecessor used American tax dollars to present himself with well-produced (and pretty expensive) videos that come a lot closer to bona fide propaganda than the Trump/Pence re-election videos they're complaining about," conservative radio host Larry O'Connor in an opinion piece on mediaite.com.