Donald Trump Could Get Away With Shooting Someone In New York Street: Lawyers

Donald Trump's lawyers have claimed he doesn't need to abide by the ruling because as president of the United States he cannot be prosecuted for an offense. 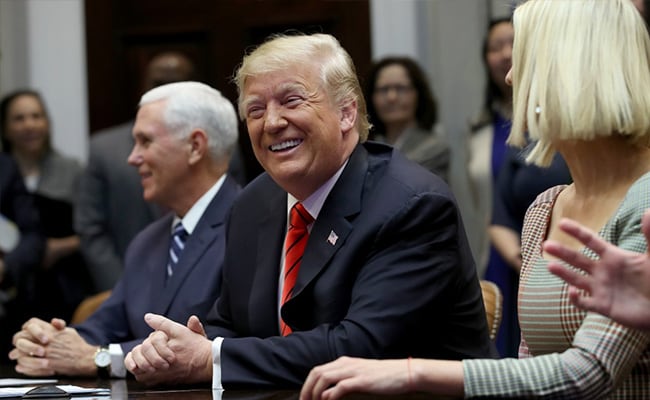 Despite being a New Yorker, Donald Trump is hugely unpopular in his home city (File Photo)

Donald Trump's lawyers have claimed the president could shoot somebody on New York's Fifth Avenue and get away with it. The city's mayor disagrees.

"If anybody shoots someone they get arrested. I don't care if it's the President of the United States or anybody else," Bill de Blasio told a press conference Thursday.

"If you shoot someone, you should get arrested and we would arrest him," added the anti-Trump mayor, until recently a candidate to be the 2020 Democratic presidential nominee.

De Blasio was responding to a question about a comment that one of Trump's attorneys made before a Manhattan appeals court hearing on Wednesday.

The three judges are to rule on whether Trump is obliged to obey a prosecutor's injunction demanding that he disclose his tax returns.

Trump's lawyers have claimed he doesn't need to abide by the ruling because as president of the United States he cannot be prosecuted for an offense.

The judges referenced Trump's infamous boast of 2016 that he could shoot somebody in the middle of Fifth Avenue and not lose any voters.

One of them asked Trump's team whether their argument that the president is above the law meant he could not be investigated by the authorities in that hypothetical scenario.

"That is correct," responded attorney William Consovoy, adding, however, that immunity ends when the president leaves office.

Legal experts argue that any immunity granted to presidents, according to case law, applies only to actions carried as part of his official duties as leader of the US.

Despite being a New Yorker, Trump is hugely unpopular in his home city. Protests outside his former home in Trump Tower on Fifth Avenue are common.

"We would (apprehend Trump). I mean it's as simple as that," he said amid laughter.

After India, US Release Oil Together, OPEC+ Counterpunch That Could Hurt