Trump's March 6 executive order bars visitors from Iran, Libya, Somalia, Sudan, Syria and Yemen for 90 days, and refugees for 120 days. The administration insists it is necessary to keep violent extremists out of the country. 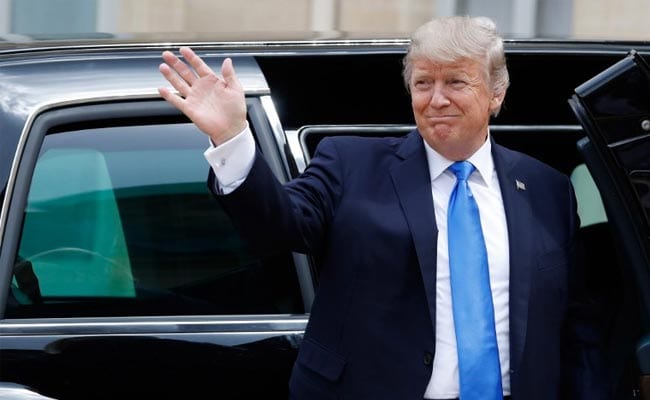 Washington, United States: The US Justice Department has asked the Supreme Court to block a federal judge's ruling that exempted grandparents of people living in the United States from President Donald Trump's travel ban.

In a filing on Friday, the Trump administration asked the nine Supreme Court justices to overturn Thursday's decision by a federal judge in Hawaii that placed limits on the measure temporarily barring refugees and other travelers from six predominantly Muslim countries.

Trump's March 6 executive order bars visitors from Iran, Libya, Somalia, Sudan, Syria and Yemen for 90 days, and refugees for 120 days. The administration insists it is necessary to keep violent terrorists out of the country.

After a series of judicial roadblocks in the lower courts, the administration scored a partial victory in June, when the Supreme Court ruled that it could proceed with the ban, though people with a "bona fide relationship" to a US person or entity were exempt.

The ruling, which capped months of legal wrangling, left unclear the question of just who had such a "credible claim."

The Trump administration provided a list defining the category as including parents, spouses, children, sons- and daughters-in-law, siblings and step- or half-siblings.

But federal Judge Derrick Watson in Hawaii ruled that the administration's criteria unfairly excluded grandparents and grandchildren, expanding the list of "bona fide" relatives to include them, along with brothers-in-law, sisters-in-law, aunts, uncles, nieces, nephews and cousins of people in the United States.

However, arguing -- before a panel of justices aged 49 to 84 -- that grandparents and grandchildren are not "close" relatives may be an uphill battle.

And it was unclear how quickly the Supreme Court -- now in summer recess but able to act on emergency motions -- might respond, and when or if the expanded terms set by the Hawaii judge might take effect. If they do, thousands of potential travelers could be affected.

In his ruling, Watson said the government's distinction of what constitutes "close" family was "the antithesis of common sense."

The judge also ruled that the government could not exclude refugees who have assurances of a placement by a resettlement agency in the United States.

But the Justice Department said in its filing with the Supreme Court that Watson's decision as concerns refugees would render the related portion of the high court's decision "effectively meaningless."

The original ban, announced days after Trump became president on January 20, was successfully challenged in lower courts on the grounds that it overstepped Trump's presidential authority and discriminated against Muslims in violation of the US constitution. A revised version also did not pass legal muster.

Judges in lower courts had cited Trump's repeated statements during the presidential campaign that he intended to ban Muslims from entering the United States.

Promoted
Listen to the latest songs, only on JioSaavn.com
Oral arguments are due to take place after the court returns for a new session in October over whether the ban violates the US Constitution.