Pakistan is one of the largest recipient under the Coalition Support Fund (CSF) and has received US $14 billion since 2002. The CSF is a Pentagon programme to reimburse US allies that have incurred costs in supporting counter-terrorist and counter-insurgency operations. 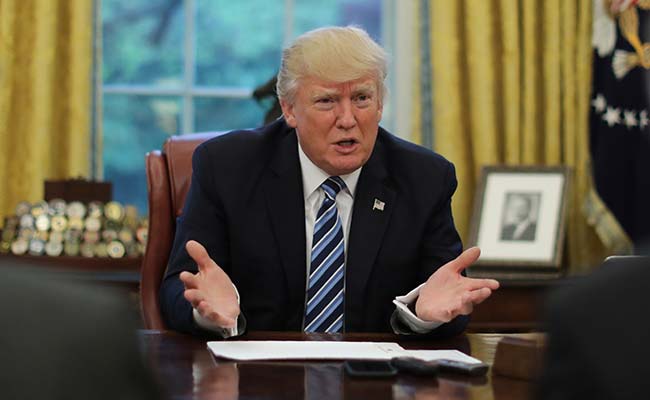 Washington: The Trump administration has proposed to give Pakistan US $800 million as reimbursement for its military and logistical support in counter-terrorism operations in the next fiscal, a defence department official has said.

The administration has proposed the amount - a cut of US $100 million compared to the previous time - in its annual budget proposals under the Coalition Support Fund (CSF), a Pentagon programme to reimburse US allies that have incurred costs in supporting counter-terrorist and counter-insurgency operations.

Pakistan is one of the largest recipient under the fund and has received US $14 billion since 2002. But for the past two years, the US Congress has imposed conditions on disbursal of money under the fund.

"The FY 2018 budget proposal seeks US $800 million in CSF for Pakistan. The CSF authority is not security assistance, but reimbursements to key cooperating nations for logistical, military, and other support provided to US combat operations," Adam Stump, Defence Department spokesman for Afghanistan, Pakistan and Central Asia told news agency PTI yesterday.

For 2016 fiscal year, Pakistan was authorised to receive up to US $900 million under CSF.

"The deputy secretary of defence signed the authorisation to disburse US $550 million in fiscal year 2016 coalition support fund to Pakistan for logistical, military, and other support provided to the US operations in Afghanistan for the period of January-June 2015," Mr Stump said.

"The Department recognises the significant sacrifices the Pakistan military has made in the fight against terrorism, and appreciates Pakistan's continued support for transit of materiel to coalition forces in Afghanistan," he said in response to a question.

"Disbursement of the remaining US $350 million requires the Secretary of Defence to certify that Pakistan has taken sufficient action against the Haqqani Network. The Secretary has not yet made a decision on certification," Mr Stump said.

For the first time in 2016, then Secretary of Defence Ashton Carter had declined to certify that Pakistan met the certification requirement, resulting in the loss of US $300 million fund for it. This amount was reprogrammed by the Pentagon for Department of Defence's Overseas Contingency Operations Funding, a second defence department official said.

In its latest budget, the Department of Defence has attached no conditions for disbursement of CSF to Pakistan. However, it was only the US Congress which imposes such strict conditions on giving CSF money to Pakistan.

Justifying the need to give such a huge amount of money to Pakistan, the Pentagon said Pakistan has served as a key ally in operation 'Enduring Freedom' since 2001 and will continue to play a key role in maintaining stability in the region.

Promoted
Listen to the latest songs, only on JioSaavn.com
"Pakistan's security forces regularly engage enemy forces, arrest and kill Taliban and al-Qaeda forces, and provide significant support to US forces operating in Afghanistan. Pakistan continues to meet the enemy insurgency and has made enormous sacrifices in support of these operations," it said.

"The expenses Pakistan incurs to conduct operations against al-Qaeda and Taliban forces include providing logistical support for its forces, manning observation posts along the Afghanistan border, and conducting maritime interdiction operations and combat air patrol," the Pentagon said.