DNA Test Solves A 1973 Double Homicide. But The Killer Is Already Dead

One of the victim's mother found her son-in-law face down in a pool of blood, and her daughter dead in a separate bedroom. Her daughter had been sexually assaulted, her clothes torn away. 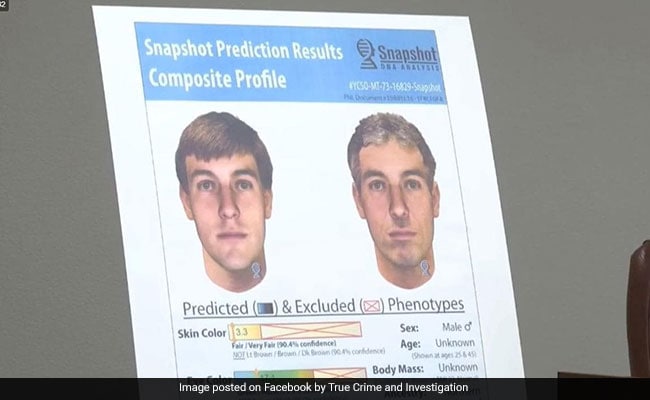 Forty-five years later, it turns out, the alleged killer is dead, too.

On a cold, snowy night 45 years ago in Billings, Montana, someone entered the home of Clifford and Linda Bernhardt and brutally killed them.

The 24-year-olds had saved for years to build a home, and finally settled down on the quaintly named Dorothy Lane in the fall of 1973. It turned out their time there would be brief, and end in unspeakable tragedy.

The Bernhardts were supposed to attend a family dinner on the evening of Nov. 6, 1973, but at the last minute turned down the invitation, the Billings Gazette reported in 2005. They had an evening job cleaning an office building, and it was just easier to dine in.

But they never showed up for work.

The next day, Linda's mother stopped by the house and found her son-in-law face down in a pool of blood, and her daughter dead in a separate bedroom. Her daughter had been sexually assaulted, her clothes torn away.

The crime scene bore several other unsettling details. The windows had been left open and the heat turned down, which investigators suspected was intended to make it harder to determine their time of death. The house had become so cold that a bowl of ice found near Linda's body was still frozen. A suitcase, all of Linda's underwear, and some of her shoes were also missing from the house.

The case haunted Billings for the next four decades, and investigators and family members would never stop chasing one simple, unanswered question: Who killed the Bernhardts?

Forty-five years later, they have an answer. And as it turns out, the alleged killer is dead, too.

On Monday, Yellowstone County Sheriff Mike Lander announced at a news conference that his office believed the person who had committed the murders was Cecil Stan Caldwell, a local man who had died in 2003 at the age of 59. Caldwell had no criminal record, and had at one point worked at a store alongside Linda Bernhardt.

"Today is a good day, a somber day, as we celebrate some closure," said Attorney General Tim Fox, who was present on Monday. However, investigators did not give a motive for the killing.

According to Caldwell's obituary, he had been born in 1953 in Arkansas, and had moved to Billings in 1964 after graduating from high school in 1964. He lived in Billings until he died.

His name had appeared in the Bernhardts' case file, but he had likely never been interviewed.

The discovery was possible because of advances in DNA forensic technology, the work of the Yellowstone County cold-case unit that was established in 2012, and the help of a specialized lab in Virginia.

In 2005, the Billings Gazette reported that investigators were able to obtain DNA evidence from the purple trousers Linda had worn the night of her killing. At the time, family members expressed hope that they might finally get answers. "We've never had this before, which is a big deal," Tracy Reich, Linda's brother told the Gazette. "It's been a lot of years, it's kind of hard for me to get my hopes up."

Investigators initially found no match when they compared the DNA to an FBI database. But the case took a leap forward in 2015 when the county employed Parabon NanoLabs, a Virginia firm specializing in DNA analysis, Landers said.

Parabon used a "snapshot DNA analysis service to accurately predict the physical appearance and ancestry of our suspect."

The lab produced a "composite profile" of the suspect that estimated what he would have looked like, and conducted more analysis in 2018. Parabon identified two "high-confidence leads" through genealogical research. One of them was dead.

On Jan. 18, Lander said, investigators took samples from the living suspect, and a few days later, the Montana State Crime Lab ruled out that person. Through the process of elimination, investigators were able to pinpoint Caldwell as the killer.

By the time the case concluded, the Bernhardts' case file had grown to 3,600 pages. Over 100 law enforcement officials were involved throughout various points over the years, 894 contacts were made, 21 law enforcement agencies around the country got involved, and 12 states provided forms of assistance, Billings officials said.

At the news conference, officials read a statement from the families of the victims, who said they were "relieved for the degree of closure this information brings."

(Except for the headline, this story has not been edited by NDTV staff and is published from a syndicated feed.)
Comments
double homicideClifford and Linda BernhardtMontana double murder