More than one in eight Americans live in poverty, nearly half of those live in what is considered "deep poverty" and most have no way of escaping their plight, said Philip Alston, UN special rapporteur on extreme poverty and human rights. 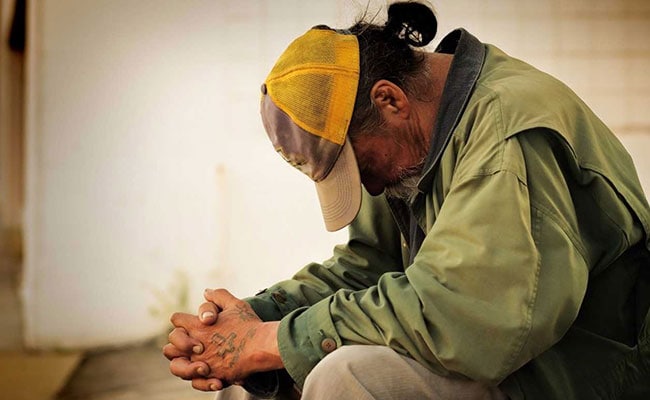 Statistics show 14 percent of Americans live in poverty, but many more people live on the edge.

Washington: Poverty and inequality rates in the United States are alarming, poised to worsen under President Donald Trump and threatening the nation's democracy, a top United Nations official said on Friday.

More than one in eight Americans live in poverty, nearly half of those live in what is considered "deep poverty" and most have no way of escaping their plight, said Philip Alston, UN special rapporteur on extreme poverty and human rights.

The UN official's scathing outlook, which criticized US politics, policies and attitudes, came after he recently toured the country from homeless encampments in California to small towns in the South and the hurricane-devastated island of Puerto Rico.

The full report will not be published until spring, but Alston, appointed by the UN Human Rights Council to look at global poverty, delivered highlights at a news conference in Washington.

The nation's dire poverty and inequality result from accumulated policies over many years but are about to grow worse under proposals backed by the Trump administration to reform taxes and cut welfare and health care programs, he said.

A sweeping tax reform bill that benefits business and the wealthy, now before the US Congress, would create "the singlemost dramatic increase in inequality that could be imagined," Alston said.

Looming cuts in welfare and healthcare will destroy a safety net for the poor that is already "riddled with holes," he said.

"If the cuts that are anticipated are made, it will essentially be blown apart," he said. "Inequality will skyrocket."

One illustration of horrific poverty and inequality, he said, was the comeback of hookworm, an intestinal parasite, in the South where local governments fail to provide clean water and sanitation and force people to pay for such services themselves.

While statistics show 14 percent of Americans live in poverty, so many more people live precariously on the edge that 20 percent is a more realistic figure, he said.

For example, he cited Wal-Mart Stores Inc workers who rely on government-issued food stamps because they cannot survive on what they earn at their fulltime jobs.

The United States has the lowest rate of social mobility among the world's rich countries, meaning "the American dream is rapidly becoming the American illusion," he said.

"A child who is born into poverty has almost no chance of getting out of poverty in today's United States," he said.

Poor children have little or no access to quality nutrition for their development, to healthcare or to decent education, all of which they would need to break out of poverty, he said.

"Current trends in the United States are actually undermining democracy," he added. "Poor people have no chance of having their voices heard, no chance of influencing public policy."

The poor in the United States often are in prison, not allowed to vote due to criminal records or find it difficult to get to the polls, amid efforts to deter voter participation and voter registration that are key to democracy, he said.

Alston said he was struck by views he encountered across the country that people see the rich as "enterprising, altruistic, hard-working, dedicated" and the poor as "losers, scammers, people trying to profit from the system."

Those views are promoted by politicians to justify cuts in services and tax reforms that benefit the wealthy, he said.

A "criminalization of poverty" helps create a devastating cycle of hardship, he said.

In a typical scenario, a homeless person might be fined for loitering or sleeping on a street. The amount of the fine will increase as it is unpaid, often landing the person in jail. There, they lose any job they may have had and emerge with a criminal record making it even harder to find employment.

"The spiral downwards is fueled by public policy," he said.

The full report details an array of aspects of poverty such as the roles of race and gender, voter disenfranchisement, high rates of incarceration and the plights of veterans, he said.
© Thomson Reuters 2017
Comments
Poverty in USDonald TrumpPoverty In America