If you wish to add a piece of fashion history to your wardrobe, the bag will be available at Dior boutiques worldwide. 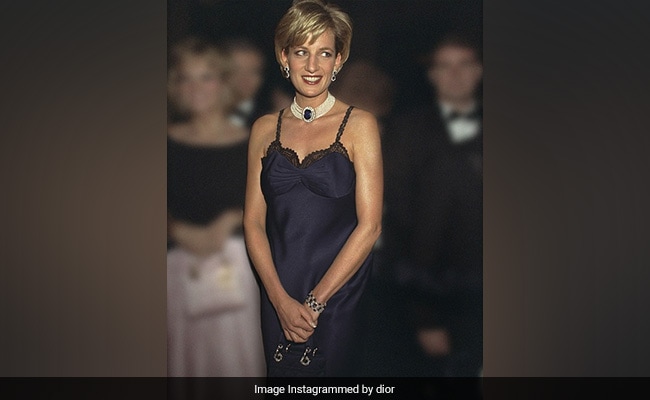 French luxury fashion house, Dior is reissuing a mini Lady Dior bag that Princess Diana wore to the Met Gala in 1996. The iconic bag will be reissued on a limited-edition basis. The blue satin bag was specially curated for the royal and it was a smaller version of her favourite handbag. If you wish to add a piece of fashion history to your wardrobe, the bag will be available at Dior boutiques worldwide.

The handbag is one of the most popular and well-known items still remains fascinating to many fashion enthusiasts. The bag has now been renamed after Diana. According to Harpers Bazaar, the bag was gifted to Diana at the opening of the Paul Cezanne retrospective at the Grand Palais in Paris by the First Lady of France. The bag was then called 'Chouchou.'

After a few months, the royal was seen carrying the bag on many occasions. The website further reported that the Princess became so attached to the bag that she wanted to have the bag in navy, to match her eye colour.

According to Highsnobiety, the bag is limited to 200 units and it comes with crystal-encrusted hardware, the purse hits stores this week and is priced at $5000 (Rs 4,09,177).

Princess Diana's bombshell television interview, emotional turmoil and divorce from Charles are all documented, along with his affair with Camilla Parker Bowles and tensions with his mother.

It was unclear, however, how the series deals with the death of Diana in a car crash in Paris in 1997 or if a disclaimer would be added before each episode.

Season 5 of The Crown with ten new episodes was released on Netflix in November.