According to reports, it is unclear if the president was trying to make a joke during the phone call that came after tariffs on steel and aluminum imports coming from Canada were hiked. 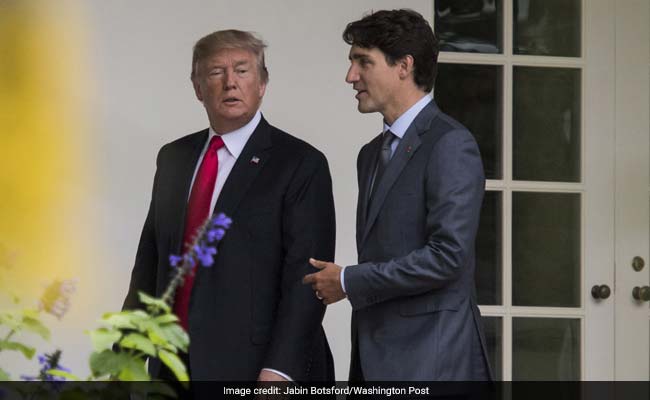 During a telephone conversation with Justin Trudeau, Donald Trump referred to War of 1812

Washington: Last month, when Canadian Prime Minister Justin Trudeau called Donald Trump for a justification over hiked steel and aluminium tariffs, the US President presented a stupefying historical poser. "Didn't you guys burn down the White House?" he said, referring to the War of 1812.

As the New York Times reported, it was unclear if the president was trying to make a joke during the phone call that came after fresh tariffs were imposed by the Trump administration targeting steel and aluminum imports coming from Canada.

But as historical experts pointed out soon after details of the call were released, Canada did not burn down the White House. In fact, Canada wasn't even a country until 1867.

The War of 1812 was a conflict fought between US and UK and their respective allies, when the White House was burnt down by the British. It is believed that the British attack on Washington was in retaliation for the American attack on York, Ontario - territory that eventually became Canada. Back then, it was a British colony.

Donald Trump had also said that if the revised NAFTA deal gets signed, he shall drop the newly-imposed 25 percent tariffs on the aluminum and steel products.

NAFTA is an agreement signed by Canada, Mexico, and the United States, creating a trilateral trade bloc in North America, which came into force on January 1, 1994.