Despite Delta, China Hits Zero Cases With A Month Of Draconian Curbs

It was more difficult this time, even though the leaders of the world's most populous nation used the same playbook they followed to quell more than 30 previous flare-ups. 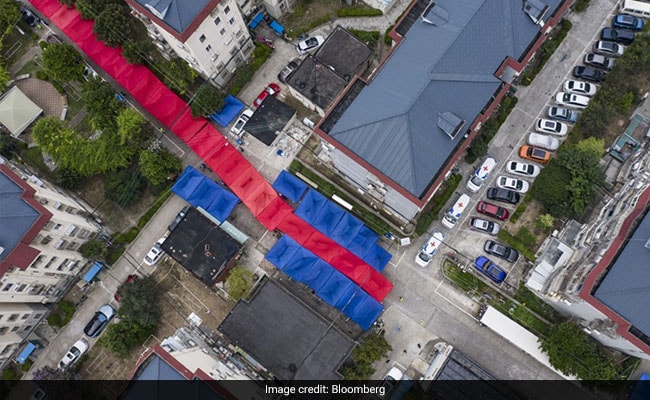 China took testing to an unprecedented level during this go-round.

It's been just over a month, and China has once again squelched Covid-19, bringing its local cases down to zero.

It was more difficult this time, even though the leaders of the world's most populous nation used the same playbook they followed to quell more than 30 previous flare-ups. The arrival of the more infectious delta variant has raised the stakes, as the pathogen refines its ability to escape curbs and flout vaccination. It's unclear how long the victory will last.

The China model shows what it takes to get Covid under control, and raises questions about whether other nations would be willing - or able - to follow the same draconian steps.

Here's what happened between July 20, when news emerged of a cluster of infections among airport cleaning staff in the eastern city of Nanjing, and August 23, when China returned to Covid Zero.

China took testing to an unprecedented level during this go-round. Local authorities checked their populations repeatedly, a dozen times in one city alone, to ensure every last infection was caught. In all, more than 100 million tests were administered. In the city of Yangzhou, some people were infected while waiting in line to get swabbed. 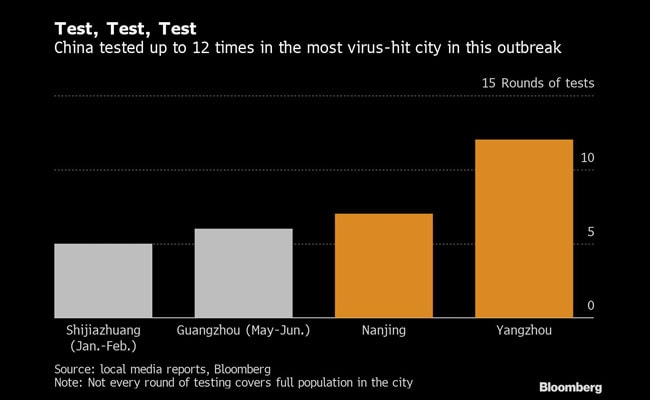 Quarantines also played a larger role. The Chinese capital of Beijing at one point was sealed off from other places with even a single case. It also cut off trains and flights from hotspots around the country, even though the city ultimately posted fewer than 10 infections in the delta flareup.

Other regions introduced sweeping curbs, from barring entry for people from high-risk areas to asking them to cut short vacations. Most had to remain isolated at home - a rule that was strictly enforced - before returning to work and school. More than 200 neighborhoods were labeled high- or medium-risk, triggering sweeping curbs that disrupted lives and businesses.

A Peak and a Plunge

First there was one asymptomatic infection at the airport in Nanjing. The next day, there were more than a dozen. By the end of that week in July, daily infections had climbed to nearly 50, suggesting exponential spread across more than 1,000 kilometers. In less than three weeks, daily cases ballooned to more than 100, scattered across half of the nation. Then it ended, almost as quickly as it began. The number of infections dropped to single digits the next week amid tightening curbs, then zero. More testing will show if it has been vanquished. 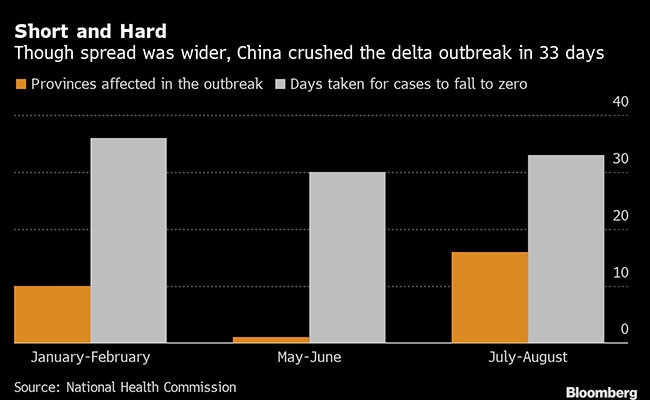 The blazing spread of the delta variant across the country became the biggest test of China's Covid control model. Ultimately it penetrated nearly 50 cities across 17 provinces and reintroduced the virus to Wuhan, which had been Covid-free for over a year. 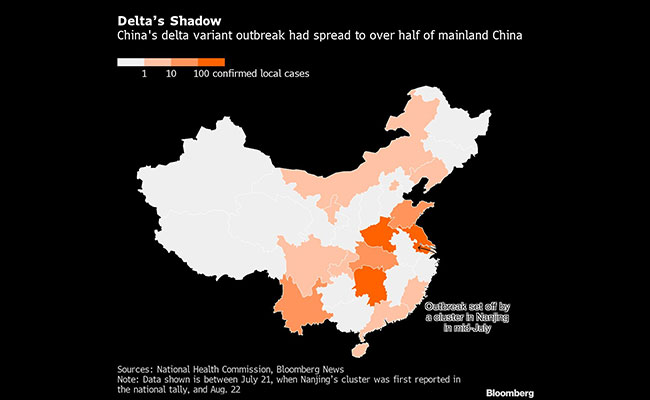 Still, China eliminated the virus in about a month, roughly the same time it took to quell previous outbreaks including one at the start of 2021 that totalled some 2,000 cases. In comparison, cities in Australia have undergone repeated lockdowns, keeping more than half of the country's 26 million people confined to their homes, without gaining control of the virus. In the U.S., which has never succeeded in containment, relying instead of vaccination, booster shots are slated to roll out next month to shore up protection against its delta resurgence.

China has thus far kept all its infected patients alive. In the viral hotspot of Jiangsu province, critical cases at one point rose to as many as 18, raising fear that the country could see its first Covid fatalities in more than six months. Yet many have since shown signs of disease moderation and recovery.

The containment-at-all-costs approach is weighing on the world's second largest economy. Consumption and manufacturing slowed in July, with further weakness expected for August when infections peaked and measures to control them intensified. Investment banks from Goldman Sachs Group Inc. to Nomura Holdings Inc. cut their growth projections. 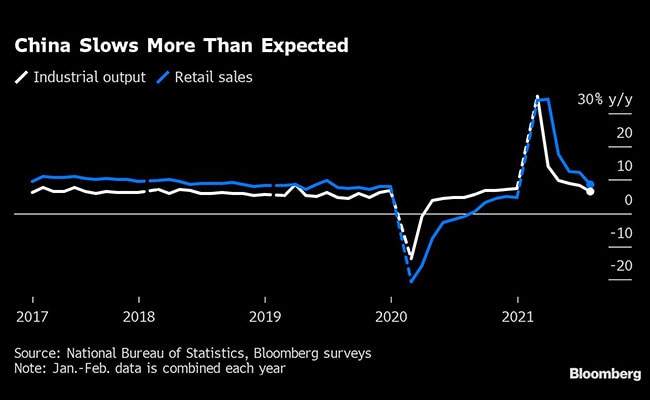 More infectious variants and their rampant spread are making the global eradication of Covid-19 less likely. That realization is driving decisions in countries from Australia to Singapore to learn to live with the virus after they previously sought to eliminate it.

Still, China has proven its ability to keep the pathogen at bay, and it has vowed to continue, regardless of the effort or expense. Health minister Ma Xiaowei told the state news agency Xinhua on August 16 that authorities planned even stricter measures intended to spot incursions of the virus from abroad more quickly.

With the delta variant swirling globally, making herd immunity an impossibility, China is finding itself isolated in its zero tolerance approach. The threats from outside will continue. Some new cases over the past few days were reported in places like Shanghai, rather than in the most recent outbreak's hotspots.

It's clear China can stamp out the virus. The question remains how long it can hold out against the rest of the world.

--With assistance from Amanda Wang and Jinshan Hong.