Despite Crime, This US City Ranked World's Best For Enjoying Life

Propelled by its buzzing restaurants and bars, the third-largest US city, Chicago, came top for the second time in a row in a global index by the British culture and entertainment magazine Time Out 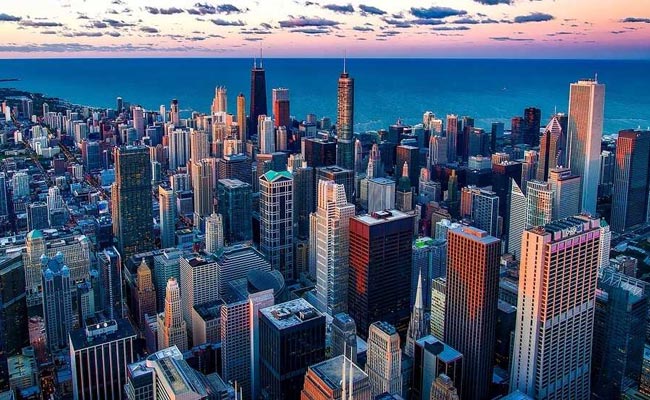 Chicago enjoyed above average results overall, including top scores for eating and drinking

London: Often regarded as a symbol of gun violence in the United States, Chicago was ranked the best city in the world for having fun and enjoying life in an index published on Tuesday.

Propelled by its buzzing restaurants and bars, the third-largest U.S. city came top for the second time in a row in a global index by the British culture and entertainment magazine Time Out, followed by Porto, New York, Melbourne and London.

"This Midwestern city offers its dwellers endless opportunities to eat and drink well, be happy and experience cultural opportunities at every turn," Morgan Olsen, editor of Time Out Chicago, said in a statement.

The magazine asked 15,000 people in 32 cities, from Mexico City to Bangkok, to score them on their food, drink, culture, friendliness, affordability, happiness and liveability.

Chicago enjoyed above average results overall, including top scores for eating and drinking, with safety as its only flaw.

Chicago became the emblem of U.S. gun violence after homicides soared nearly 60 percent in 2016, drawing frequent criticism from Donald Trump during his campaign for the presidency and after he was elected.

Since then, it has revamped policing policies and developed a sophisticated integration of crime-fighting software and hardware such as cameras.

Promoted
Listen to the latest songs, only on JioSaavn.com
While there is no hard evidence that those initiatives were responsible, homicides in Chicago dropped 16 percent in 2017 to 650. That still outnumbered homicides in the two largest U.S. cities, New York and Los Angeles, combined.
© Thomson Reuters 2018