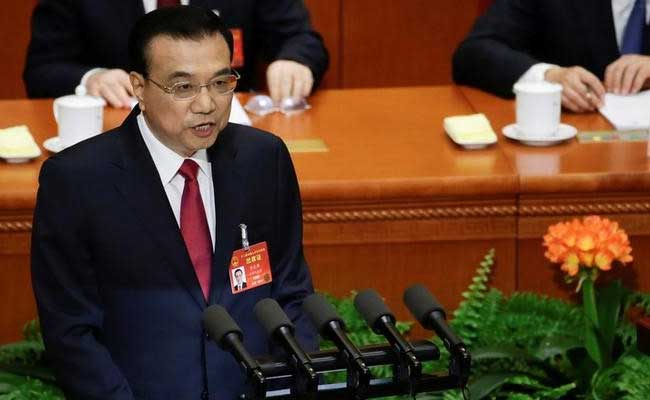 China, Beijing: China pledged more support for its military on Sunday including strengthening maritime and air defences as it takes steps to safeguard its sovereignty, but in a highly unusual move did not give spending figures for 2017 despite promises of transparency.

Parliament's spokeswoman, Fu Ying, said on Saturday defence spending for this year would rise about 7 percent, accounting for about 1.3 percent of gross domestic product - the same level as the last few years.

"We will support efforts to deepen the reform of national defence and the armed forces, with the aim of building a solid defence and strong armed forces that are commensurate with China's international standing and are suited to our national security and development interests," the government said in a budget report.

It did not elaborate. State news agency Xinhua also did not report the figure. The Defence Ministry and parliament's spokeswoman did not immediately respond to requests for comment. China has repeatedly said its defence spending is transparent and it was not clear why defence numbers were not released.

Last year, with the economy slowing, the defence budget recorded its lowest increase in six years, at 7.6 percent, the first single-digit rise since 2010, following a nearly unbroken two-decade run of double-digit increases. 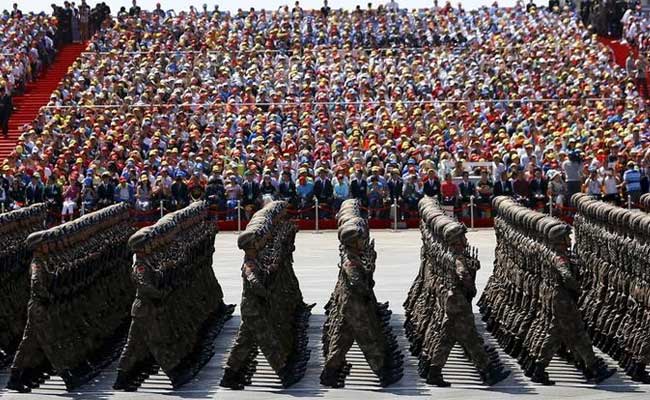 Military officers attending parliament largely declined to talk to reporters about the budget, much in line with last year when they were instructed to keep complaints about the low rate of the increase to themselves. "Fu Ying answered this on CCTV yesterday," one of the officers, Major General Li Fengshan, told reporters, dismissing questions about where the defence budget figures were.

A government official involved in the crafting of Premier Li Keqiang's work report, also delivered to parliament on Sunday, was unable to shed any light on the matter.
"There is nothing secret about it," director of the State Council Research Office Huang Shouhong told reporters at a briefing, repeating Ms Fu's 7 percent approximation from Saturday and saying that it should be in the budget report.

China's military build-up has rattled nerves around the region, particularly because it has taken an increasingly assertive stance in territorial disputes in the East China Sea, the South China Sea and over Taiwan, which China claims as its own.

In his address to parliament, Premier Li said China would deepen military reforms.

"We will strengthen maritime and air defence as well as border controls and ensure the important operations related to countering terrorism, safeguarding stability, international peacekeeping and providing escorts on the high seas are well organised," he said.

"We will boost military training and preparedness, so as to ensure that the sovereignty, security, and development interests are resolutely and effectively safeguarded."

In a government-arranged interview on Saturday afternoon, Chen Zhou, a researcher at the Academy of Military Science, said transparency regarding the defence budget was a "historical process".

"It's not that the government says it must not be made transparent. The man on the street believes that if it is said out loud it could influence national security," he said.

The defence budget figure for last year, 954.35 billion yuan ($138.40 billion), likely understates its investment, according to diplomats, though the number is closely watched around the region and in Washington for clues to China's intentions.

A 7 percent rise for this year based on last year's budget would bring the figure to 1.02 trillion yuan, still only a quarter or so of the U.S. defence budget.

The White House has proposed a 10 percent increase in military spending to $603 billion, even though the United States has wound down major wars in Iraq and Afghanistan and is already the world's pre-eminent military power.

There were calls last week for China to announce a commensurate rise in defence spending for this year.

"As far as our development is concerned, defence spending is not enough," Wang Ning, commander of the paramilitary People's Armed Police, told Reuters on the sidelines of parliament. "Such a large country is facing so many security issues."