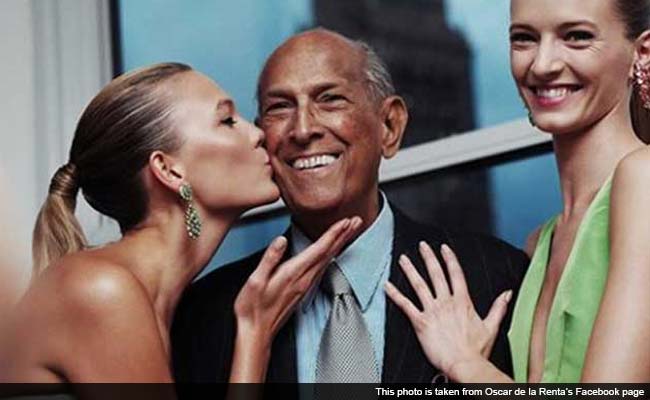 The Dominican-born American fashion icon was called on to dress first ladies -- from Kennedy to Nancy Reagan to Laura Bush among others -- when the event called for something with a regal touch.

He was also a go-to man for something elegant for actress and fashionista Sarah Jessica Parker, of "Sex in the City" fame.

Promoted
Listen to the latest songs, only on JioSaavn.com
The son of a Dominican mother and Puerto Rican father, he trained in Spain, as an apprentice to Cristobal Balenciaga. De la Renta later worked at Lanvin in Paris.

The designer, who reportedly passed away at his home in Connecticut, had been awarded the lifetime achievement award of the Council of Fashion Designers of America.