The findings, presented in a research letter published in The Lancet, come as U.K. officials wrestle with whether to delay a lift in pandemic restrictions as the delta variant spreads. 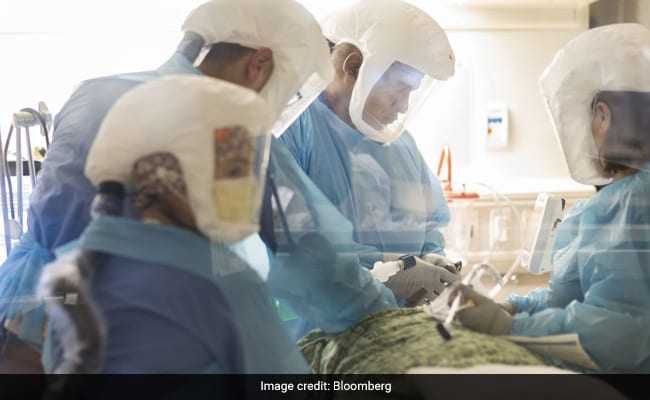 People infected with COVID-19's delta variant, first detected in India, are more than twice as likely to end up in the hospital than with the alpha variant identified in the U.K. last year.

Vaccines from Pfizer Inc. and AstraZeneca Plc protect against delta, researchers said Monday. They found the shot made by Pfizer and partner BioNTech SE offered better protection in a large study from Scotland.

The findings, presented in a research letter published in The Lancet, come as U.K. officials wrestle with whether to delay a lift in pandemic restrictions as the delta variant spreads.

"We need to encourage everyone to come forward and take up their offer of vaccination to ensure that they've had both of their doses," Jim McMenamin, the COVID-19 incident director at Public Health Scotland, said at a media briefing.

Researchers from the Universities of Edinburgh and Strathclyde, as well as Public Health Scotland, found that the Pfizer vaccine offered 92% protection against the alpha variant and 79% against the delta one 14 days after the second dose. That compared with 73% and 60% protection for the Astra vaccine. The authors warned that the vaccine comparison should be interpreted with caution due to the observational nature of the data.

The study covered a demographic distribution of cases in Scotland from April 1 to June 6. Researchers said a more complete analysis from these results would be made once it was combined with similar studies from the U.K. and elsewhere.