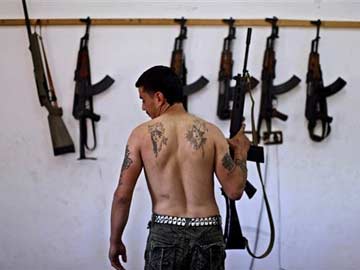 Beirut: A decision by Syria's opposition government to sack the military command of the rebel Free Syrian Army (FSA) over corruption allegations has been reversed by the National  Coalition chief.

A statement from the opposition government said its head Ahmad Tohme had "decided to disband the Supreme Military Council and refer its members to the government's financial and administration committee for investigation".

The decision came amid widespread reports of corruption within the ranks of the FSA, which is backed by Western and Arab governments in its battle to overthrow the regime of President Bashar al-Assad.

It called on "revolutionary forces on the ground" to set up within a month a new defence council and fully restructure the rebel army's command.

But hours later, the Syrian National Coalition led by Ahmad Jarba said in a statement the "head of the interim government has exceeded his powers".

It said it had decided to "instruct the General Council to comment on this abuse of power at its next meeting and to take the appropriate action".

The next General Council meeting will be in Istanbul from July 4 to 6.

"This crisis reflects the conflict in the coalition and is in a regional context. Qatar supports the government of President Ahmad Tohme and Ahmad Jarba is close to Saudi Arabia," a senior coalition official told AFP, on condition of anonymity.

The official said Jarba must stand down at the next council meeting because he cannot serve more than two terms.

Promoted
Listen to the latest songs, only on JioSaavn.com
"He wants to prepare to keep control. It seems he plans to form a High Council of the Syrian Revolution, a military body which he will chair and will have no relationship with the opposition government," he added.

In order to do so, the official said, Jarba would demand a vote of confidence and a new government chief, and Tohme decided to pre-empt the move.