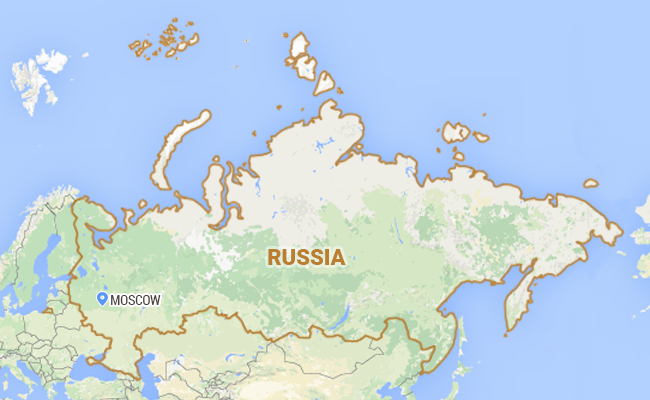 On Thursday, four miners were killed when a methane explosion ripped through the Severnaya mine in Arctic Russia at a depth of 748 metres (2,450 feet).

Moscow, Russia: The death toll in Russia's worst mining disaster in recent history climbed to 36 on Sunday as officials said 26 missing workers could not have survived and another six, most of them rescuers, had been killed in a new explosion.

On Thursday, four miners were killed when a methane explosion ripped through the Severnaya mine in Arctic Russia at a depth of 748 metres (2,450 feet).

"According to the expert technical council, 26 (missing) people who were in the mine had no chances of surviving," Tatyana Bushkova, a spokeswoman for the mine's operator Vorkutaugol, told AFP on Sunday.

"The rescue operation has been halted," she added in an emailed statement.

A fresh methane explosion at the mine in the small hours of Sunday killed five rescue workers and a miner, Anton Kovalishin, a spokesman for the emergencies ministry in the Komi region where the mine is located, told AFP.

The pit is located in the city of Vorkuta in the Komi region, which used to host one of the most feared Soviet-era Gulag labour camps.

Vorkutaugol is operated by Severstal, the Russian steelmaker controlled by billionaire Alexey Mordashov.

Authorities launched a massive search operation involving hundreds of rescue workers who had been trying to track down the missing despite almost zero visibility, smoke, gas-polluted air and rubble.

Both the company and the authorities had until now refused to declare the missing dead even though rescuers appear to have failed to make contact with them over the past few days.

But the latest explosion forced officials to admit that no-one could have survived.

"Unfortunately, we are forced to acknowledge that all the conditions at that section of the mine would not allow a person to survive," Emergencies Minister Vladimir Puchkov said for his part in comments broadcast by LifeNews television channel.

Bushkova said a fire was still burning at the mine and the company was considering whether to flood the pit or pump inert gas into it.

Seventy-seven people were in the mine during the rescue operation when the latest explosion hit, the emergencies ministry said.

Of these, 71 were rescued and brought to the surface. Eleven of them were injured.

"According to experts, there is a high risk of new explosions," the ministry said.

Sunday, Monday and Tuesday have been declared days of mourning in the region.

Earlier this week President Vladimir Putin tasked the government with setting up a special panel to inquire into the accident.

The Investigative Committee has opened a criminal probe into any violation of safety rules and dispatched investigators and forensic experts to the scene.

Mine accidents are fairly common in Russia and other former Soviet countries, where much of the infrastructure has not been modernised since the Communist era.

The explosion at the Severnaya mine took place despite the fact that the company has over the past years invested heavily into safety, Vorkutaugol said.

In 2010, 91 people -- both miners and rescuers -- died after a methane explosion at the Raspadskaya mine in the Siberian region of Kemerovo.

In 2007, 110 people died at the Ulyanovskaya mine, also in Kemerovo, the country's worst mining accident since the collapse of the Soviet Union in 1991.