This latest agreement will "contribute to greater financial stability and also facilitate trade" between China and Argentina, according to the central bank's statement. 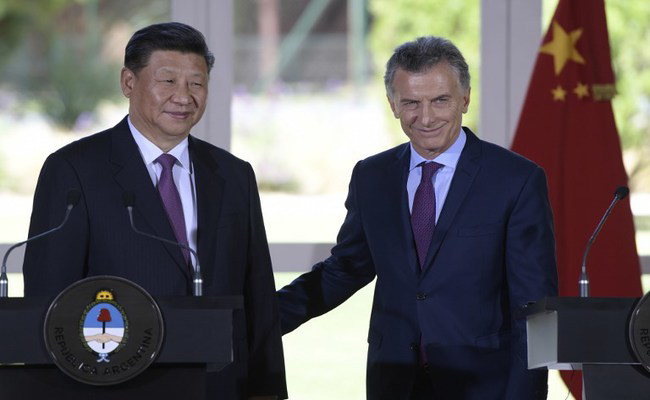 The agreement followed the G20 summit as Xi Jinping was received by Argentine President Mauricio Macri.

Struggling to recover after a currency crisis earlier this year, Latin America's third largest economy sought the help of the International Monetary Fund -- which approved a $56 billion loan package.

Now, this latest agreement will "contribute to greater financial stability and also facilitate trade" between China and Argentina, according to the bank's statement.

A currency swap sees two parties agree to exchange a certain amount of foreign currency at a pre-determined rate, protecting against fluctuations.

Argentina's central bank will be able to draw on these funds in an emergency.

The agreement followed the G20 summit in Buenos Aires, as Chinese President Xi Jinping was received by his Argentine counterpart Mauricio Macri for a state visit.

The two countries signed 30 trade and financial agreements in total.

"We are extending cooperation on economic, agricultural, financial and infrastructure issues," Xi told a press conference.