Daily cases have stayed above 10,000 since breaching that level last week for the first time since April. 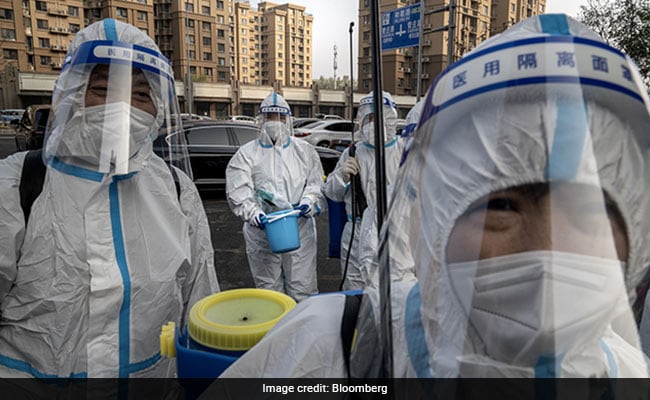 China reported 14,288 new local Covid cases on Saturday, with the pace of infection accelerating even as the nation's top health officials began refining rules around control of the virus.

The National Health Commission said that 1,675 new local symptomatic and 13,086 asymptomatic cases were found on Saturday, 533 of which were reclassified. That is up from a nationwide tally of 11,323 on Friday. Daily cases have stayed above 10,000 since breaching that level last week for the first time since April.

Guangdong, Henan, Beijing, Chongqing and Inner Mongolia remain the provinces or municipalities with the most outbreaks. Change has come quickly on the ground shortly after a major overhaul to the government's Covid Zero playbook was unveiled Friday.

Cities have reduced mass Covid testing and released people from quarantine camps, according to the new guidelines, even as the national caseload rose. Further changes would be made in small steps, officials said at a Saturday briefing on the policy adjustment.

The scope and degree of loosening remain unclear following the new rules, especially in cities where the number of cases is persistently high. During a meeting on virus controls in Chongqing, which reported 1,817 new cases Saturday, Party Secretary Chen Min'er reiterated tasks to minimize movement and gatherings and step up testing capacities to prevent further spread, according to a local media report.

In another sign of caution, the West Bund art and design fair in Shanghai has been suspended on health concerns, according to the organizer's WeChat account.