Armstrong-Jones, 58, the son of Queen Elizabeth's late sister princess Margaret, and his 49-year-old wife Serena have been married since 1993. 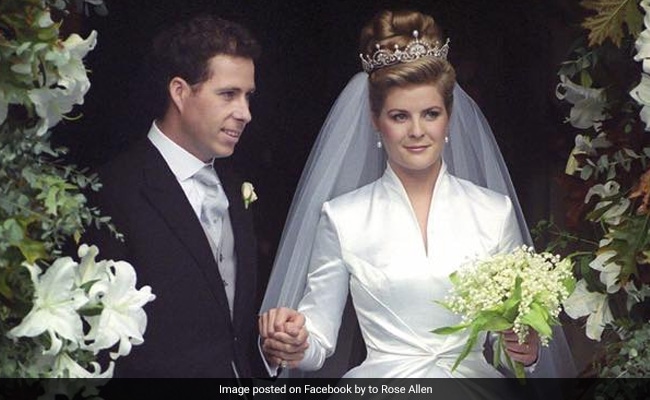 Armstrong-Jones, 58, the son of Queen Elizabeth's late sister princess Margaret, and his 49-year-old wife Serena have been married since 1993.

"The Earl and Countess of Snowdon have amicably agreed that their marriage has come to an end and that they shall be divorced," a spokesman for the couple said.

"They ask that the press respect their privacy and that of their family."

The earl is the first person in the line of succession to the throne who is not a direct descendant of Queen Elizabeth.

He was born fifth in line but is now 21st in the order of succession.

Known professionally as David Linley, the Earl of Snowdon is a furniture maker and was the chairman of Christie's auction house.

The couple have two children: Charles, 20, and 17-year-old Margarita.

The news comes after Queen Elizabeth's oldest grandchild Peter Phillips and his wife Autumn announced last Tuesday that they have separated and will divorce.

Phillips, 42, and his Canadian wife Autumn will share custody of their two daughters and both remain in Gloucestershire, southwest England.

Phillips is the son of the monarch's daughter Princess Anne and her first husband Mark Phillips. He is the eldest of her eight grandchildren.

He has no royal title and has never carried out duties on behalf of the royal family and so does not receive a public income.

He was born fifth in line to the throne but is now 15th.

The marriage breakdowns have piled more misery on the royal family.

They come after Queen Elizabeth's grandson Prince Harry and his US wife Meghan quit their royal roles last month in search of financial independence, and moved to Canada.

Meanwhile the monarch's second son Prince Andrew stepped back from all royal duties in November following a public outcry over his friendship with US sex offender Jeffrey Epstein.

Spain Overtakes China Death Count After 3,434 Killed Due To Coronavirus