Football stars and clubs alike paid their tributes to the victims of the Ariana Grande concert attack. 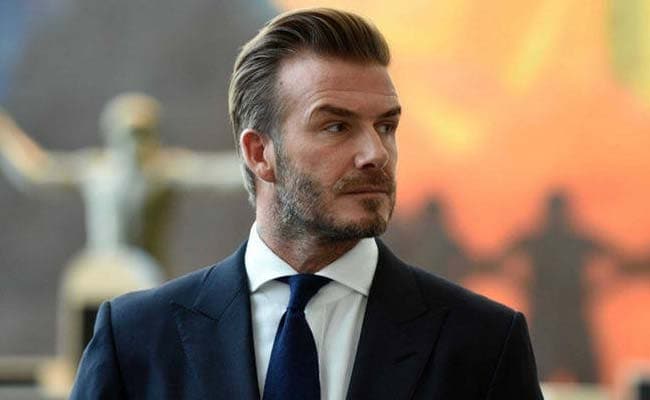 Manchester: Football star David Beckham spoke of his "heartbreak" as former club Manchester United and local rivals Manchester City came together Tuesday to pay tribute after 22 people including children were killed in a suspected suicide bombing in the northern English city.

Britain's deadliest terror attack in 12 years took place when a bomb went off shortly after the end of a concert by US pop star Ariana Grande at the Manchester Arena on Monday.

Former England captain Beckham, who made his name as a global superstar at United after coming through the club's youth system, expressed his condolences via an Instagram message, saying: "Heartbreaking news from Manchester. As a father & a human what has happened truly saddens me. My thoughts are with all of those that have been affected by this tragedy."

Gary Lineker, another former England international and now a television presenter, summed up a mood of widespread revulsion when he tweeted: "To target children at a concert is beyond comprehension. Beyond lunacy. Beyond evil. Heart goes out to all those who've lost loved ones."

A help centre was opened at City's Etihad Stadium for those affected by the blast, while the United club flag at their Old Trafford ground was flown at half mast.

Heartbreaking news from Manchester. As a father & a human what has happened truly saddens me. My thoughts are with all of those that have been affected by this tragedy...

Both Premier League clubs posted short statements Tuesday on their Twitter accounts, with United saying: "We are deeply shocked by last night's terrible events at the Manchester Arena. Our thoughts and prayers go out to all those affected."

Meanwhile, City said: "It's with great sadness we hear of the terrible events at the Arena. Our hearts go out to all affected and to our city's emergency services."

Current players from both clubs also sent Twitter messages of support, with City captain Vincent Kompany saying: "I would like to express my deepest condolences to the families of the victims. It's a sad day for the great city of Manchester. #Unity'."

United's Jesse Lindgard wrote: "My thoughts and prayers are with everyone affected by last nights attack on this beautiful city. We will stand together in this dark hour."

United were due to train Tuesday at their Carrington practice ground ahead of travelling to Stockholm, where they will play Dutch side Ajax in the Europa League final on Wednesday.

UEFA, European football's governing body, said "tight security arrangements" had already been put in place for the final but added they had no knowledge of any direct threat to the match.

"There is currently no specific intelligence which might suggest that any of the UEFA Europa League final activities in Stockholm may be the target of attacks," said a UEFA statement.

"UEFA has been closely working with local authorities and the Swedish FA (Football Association) for many months and the terrorist risk had been taken into account since the very beginning of the project.

"Furthermore, a number of additional security measures were implemented following the attacks in Stockholm last April (when a hijacked truck was deliberately driven on to a city street killing five people)."

The statement urged fans to get to the stadium as early to allow time for "detailed checks".

Amsterdam club Ajax sent their own message of support, saying: "From Amsterdam with love to Manchester. Our thoughts are with the victims and the loved ones of those affected."

United were due to have a routine pre-match meeting with UEFA on Tuesday at which it is understood they will now ask if their players can wear black armbands in the final as a mark of respect in response to an attack that also left 59 people injured.

The England Under-20s side, one of the first football teams from the country in action after the attack, confirmed they would wear black armbands in their junior World Cup clash with Guinea in Joenju, South Korea on Tuesday.

"Our #YoungLions will remember the victims of the attack in Manchester when we take on Guinea at the #U20WC this morning," said a message on the official England Twitter account.
Comments
David BeckhamGary LinekerManchester Arena Concert BlastAriana Grande concert attackManchester UnitedManchester City