Dalai Lama Remains in US Clinic for Health Check: Official 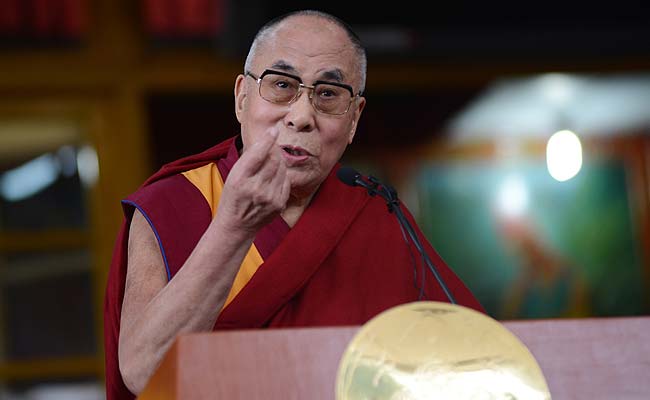 Tibet's exiled Buddhist leader, the Dalai Lama, on Sunday remained at the Mayo Clinic in Rochester, Minnesota for evaluation following a medical visit his office said was a routine annual check-up.

The 80-year-old Nobel Peace Laureate had canceled a planned October visit to the United States at the advice of doctors following a medical check-up this week, his office said in a statement on Friday.

The statement from the Dalai Lama's office said doctors had urged him to rest for several weeks, though it gave no indication that he was ill nor details about his state of health.

On Sunday, Mayo spokeswoman Ginger Plumbo confirmed he remained at the clinic for evaluation but said she could offer no further details about his stay.

The Dalai Lama's India-based secretary, Tenzin Taklha, said in an email last week that the Dalai Lama was going to the Mayo for an annual medical checkup but was not ill.

The Dalai Lama's checkup came as heads of state and diplomats were gathering for the annual U.N. General Assembly meeting in New York, but he had no plans to meet with any world leaders in conjunction with the session, Taklha said Thursday.

Chinese President Xi Jinping was due to make his U.N. debut as leader of China, which has ruled Tibet since Communist troops took over the Himalayan region in 1950 and regards the Dalai Lama as a dangerous separatist.

The Dalai Lama, who fled into exile in India in 1959, has denied claims that he is seeking independence for Tibet, advocating instead for greater autonomy of the region through dialogue with Beijing.

His current presence in the United States also coincides with the visit of Pope Francis, who met with President Barack Obama and addressed the United Nations on Friday.

Smith College issued a statement on Friday saying the Dalai Lama had canceled scheduled appearances for October there and at two nearby Massachusetts schools, Amherst College and the University of Massachusetts at Amherst.

CNBC reported that the Dalai Lama had also been due to appear next month in Boulder, Colorado, Salt Lake City and Philadelphia.
© Thomson Reuters 2015