Covid Was "More Likely Than Not" A Result Of Lab-Related Incident: Report

Experts have put forward two dominant theories on the origins of the virus. The first theory is that SARS-CoV-2 is the result of a natural zoonotic spillover. 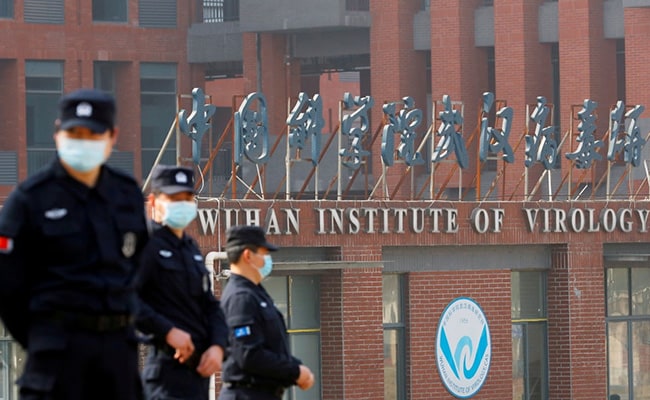 Experts have proposed two dominant theories on the origins of Coronavirus.

The COVID-19 pandemic was "more likely than not, the result of a research-related incident," according to an interim report, released by the minority oversight staff of the US Senate Committee on Health, Education, Labor & Pensions (HELP).

Three years after its emergence in China's Wuhan, exactly how SARS-CoV-2 first emerged as a respiratory pathogen capable of sustained human-to-human transmission remains the subject of active debate.

Experts have put forward two dominant theories on the origins of the virus. The first theory is that SARS-CoV-2 is the result of a natural zoonotic spillover. The second theory is that the virus infected humans as a consequence of a research-related incident.

The report underlines that understanding the virus's origin is essential to understanding how this outbreak happened, why detection and reporting systems did not work as anticipated, and to better prepare for future health threats.

Last week, HELP Committee Minority oversight staff released an interim report titled, "An Analysis of the Origins of the COVID-19 Pandemic." The interim staff report summarizes a review to date of publicly available, open-source information related to the potential origin of SARS-CoV-2, the virus that causes COVID-19.

"Over one million Americans have died from COVID-19 and tens of millions have died from this virus worldwide. In addition to the tragic loss of life, over the past three years we have experienced the social, educational, and economic costs of a global pandemic," Senator Richard Burr (R-NC), Ranking Member of the Senate HELP Committee, stated in the foreward to the interim report.

"With COVID-19 still in our midst, it is critical that we continue international efforts to uncover additional information regarding the origins of this deadly virus," Senator Burr continues.

"My ultimate goal with this report is to provide a clearer picture of what we know, so far, about the origins of SARS-CoV-2 so that we can continue to work together to be better prepared to respond to future public health threats. I believe this interim report does just that," he added.

While it remains possible that SARS-CoV-2 emerged as a result of a natural zoonotic spillover, facts and evidence found in previous documented zoonotic spillover events have not, to date, been identified in relation to this pandemic.

"Such gaps include the failure to identify the original host reservoir, the failure to identify a candidate intermediate host species, and the lack of serological or epidemiological evidence showing transmission from animals to humans, among others outlined in this report. As a result of these evidentiary gaps, it is hard to treat the natural zoonotic spillover theory as the presumptive origin of the COVID-19 pandemic," the US Senate Committee said.

It adds that substantial evidence suggests that the COVID-19 pandemic was the result of a research-related incident associated with a laboratory in Wuhan, China.

"A research-related incident is consistent with the early epidemiology showing rapid spread of the virus exclusively in Wuhan with the earliest calls for assistance being located in the same district as the Wuhan Institute of Virology's (WIV) original campus in central Wuhan. The WIV is an epicentre of advanced coronavirus research, where researchers have collected samples of and experimented on high-risk coronaviruses," the Senate Committee said.

This report describes a pattern of persistent biosafety problems at the WIV as indicated by a series of patents and procurements relevant to the biocontainment of a highly-pathogenic virus, like SARS-CoV-2. Also outlined in this report is a series of management and training concerns at the WIV further indicating biosafety problems and an unsafe work environment for laboratory personnel.

The research-related incident hypothesis also explains the low genetic diversity of the earliest known SARS-CoV-2 human infections and the failure to identify an intermediate host and any animal infections pre-dating human COVID-19 cases.