Researchers including Arnold I Barnett from the Massachusetts Institute of Technology (MIT) in the US, said the HEPA filters may not function as effectively in airplanes as the report suggests. 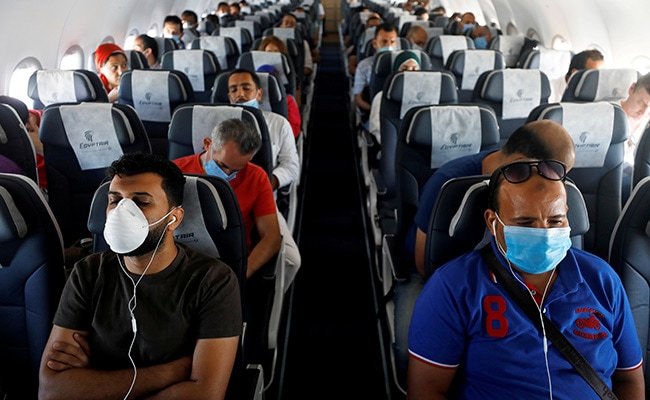 While a recent study has claimed that dining out, and grocery shopping could be more dangerous than air travel during the COVID-19 pandemic, partly due to special ventilation systems in airplanes, some scientists say such a comparison cannot be made without knowing if mask-wearing and social distancing norms are properly followed in each of these scenarios.

In the research, funded by airlines, airports and aircraft manufacturers, scientists from the Harvard T H Chan School of Public Health in the US, said the ventilation system in airplanes made of High Efficiency Particulate Air (HEPA) filters continuously circulate and refresh the air supply, "filtering out more than 99 per cent of the particles that cause COVID-19."

However, researchers including Arnold I Barnett from the Massachusetts Institute of Technology (MIT) in the US, said the HEPA filters may not function as effectively in airplanes as the report suggests.

"HEPA filters are very good, but not as effective as US airlines suggest. They are not foolproof and there are numerous examples of transmission despite these filters," Barnett, a professor of statistics with a focus on problems of health and safety, told PTI.

He noted that transmission probability depends on a contagious passenger's emissions of the virus via breathing, speaking, and coughing or sneezing -- a mixture that varies from person to person -- as well as the movement of droplets and aerosols given the geometry of the airplane and its powerful HEPA air-purification systems.

"None of the processes is fully understood for COVID-19," the MIT scientist noted.

Abraar Karan from the Department of Medicine at Harvard Medical School in the US, also expressed concern about transmission risk aboard airplanes.

"For those considering flying, the reality is that while planes have great ventilation systems, we don't have a good idea of how many COVID-19 cases were actually infected on the flight itself," Mr Karan tweeted.

"We are not testing the right way to figure this out," he added.

Commenting on the risk of contracting COVID-19 in airplanes as compared to the odds in grocery stores and restaurants, Justin Yang from the Harvard T H Chan School of Public Health, who was unrelated to the study, said such an evaluation "cannot be made in a simple way."

Yang, whose team recently published a study on COVID-19 infection among grocery store workers at an outlet in the US, said "there isn't really a safer-riskier order of situations between airplanes and grocery stores as it depends on many factors."

"It ultimately depends on the distance you maintain from an infected person. The closer you are to someone with the virus, the more chances you may be of getting infected," he told PTI.

The public health researcher added that the risk in airplanes is "not as significant as people think," due to the airflow patterns, enhanced cleaning, and mandatory mask-wearing.

"However, if you are sitting right next to an infected person, there is a significant chance of getting infected," Yang added.

He said, to compare risk scenarios, one must know if social distancing and mask-wearing measures are enforced adequately in the respective settings.

According to the MIT researcher, removing masks for extended periods in each of the settings -- grocery stores, restaurants, and airplanes -- "attenuates the benefits of mask-wearing."

Based on his team's yet-to-be peer-reviewed study, he said taking off masks for consuming food offered in commercial planes, may significantly increase the risk of passengers getting infected with the virus.

If a person in a two-hour airplane journey removes their mask for about 20 minutes, Barnett said "it increases the transmission risk by 33 per cent."

"Masks reduce transmission risk by about two-thirds. If X is the transmission risk over 20 minutes with a mask, and thus 3X without a mask, then the total risk is about 6X for a two-hour flight, and 8X (i.e., 5X + 3X) with a 20 minute mask break. The ratio of 8X to 6X is 1.33. Of course, this is an approximation," he explained.

While the mortality risk for domestic air passengers who contract COVID-19 may be below the US population-wide average, Barnett and his team said, COVID-19 infections on planes can cause deaths to some people who were not passengers.