Couple Ate Squirrel Believed To Have Health Benefits. They Died Of Plague

The illness that sparked widespread alarm among a Mongolian town's roughly 1,400 residents and visitors, and left them isolated for six days. 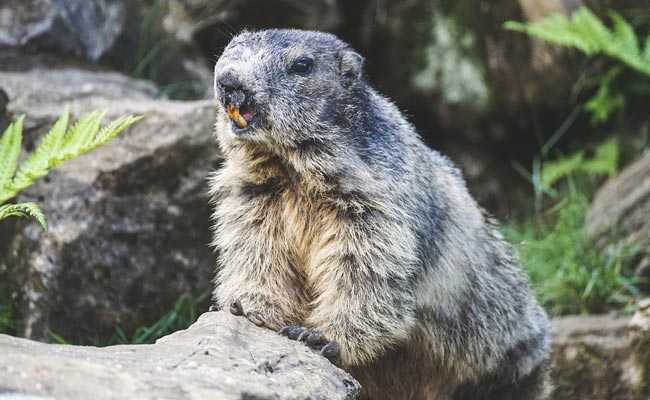 The couple reportedly ate the kidney, gall bladder and stomach of the creature. (Representational)

For days, the dusty roads of a small town in Mongolia's westernmost province were largely deserted.

"After the quarantine [was announced], not many people - even locals - were in the streets for fear of catching the disease," Sebastian Pique, an American Peace Corps volunteer who has lived in the remote mountainous region for two years, told the Agence France-Presse.

The illness that sparked widespread alarm among the town's roughly 1,400 residents and visitors, and left them isolated for six days?

The town of Tsagaannuur, located near the border between Mongolia and Russia, was recently sealed off following the deaths of a local couple who contracted the plague from eating the raw meat and organs of an infected marmot, Ariuntuya Ochirpurev with the World Health Organization in Ulaanbaatar, told The Washington Post. Some Mongolians believe eating the rodent's uncooked innards to be "very good for health," Ochirpurev said. The husband and wife reportedly ate the kidney, gall bladder and stomach of the creature, a type of large squirrel found in the region.

In this case, however, Ochirpurev said consuming the marmot raw resulted in what was likely an agonizing death.

The 38-year-old man, who worked as a border agent, and his wife, 37, died of multiple organ failure caused by septicemic plague, Ochirpurev said. According to the Centers for Disease Control and Prevention, septicemic plague causes "fever, chills, extreme weakness, abdominal pain, shock, and possibly bleeding into the skin and other organs." A person's skin and other tissues can also turn black and die.

It began late last month when the man came down with a fever, Ochirpurev said. In less than a week, he was dead and his wife was hospitalized in the intensive care unit vomiting blood and suffering from severe headaches. She died on May 1 from toxic shock. That evening, lab results confirmed the pair had the plague, prompting the declaration of a quarantine, Ochirpurev said. The couple left behind four children ranging in age from 9 months to 14 years old.

The decision to impose the quarantine came after officials became worried that the husband and wife had developed pneumonic plague, which can be swiftly passed to other people through airborne droplets, Ochirpurev said. Pneumonic plague is the "most serious form of the disease" and the only type that can spread from person to person, according to the CDC. If left untreated, cases of the plague have a 30 to 100 percent fatality rate, the WHO said.

A total of 118 people, which included residents of the town and health care workers who were believed to have had "close contact" with the couple, were isolated and given preventive antibiotics, Ochirpurev said. An additional 28 people, several of whom were foreign tourists from Switzerland, Sweden, Kazakhstan and South Korea, were quarantined at the border where the man worked, she said. The rest of the roughly 1,300 residents were limited in their movements in and out of the town.

After no new plague cases were reported, Ochirpurev said the quarantine was lifted on Monday. The minister of health is still monitoring the situation, she said.

Deaths caused by the plague - a disease carried by small rodents that was responsible for wiping out a third of Europe's population nearly 700 years ago and killing millions in China, Hong Kong and nearby port cities in the 1800s - are much more rare in modern times because of antibiotics, according to the CDC. But reports of people getting infected have continued to pop up around the world, including in the United States, William L. Gosnell, a program director with the University of Hawaii at Manoa's department of tropical medicine, medical microbiology and pharmacology, told The Post.

"The bacteria maintains itself out in the wild in these animal populations," said Gosnell, who is affiliated with the university's John A. Burns School of Medicine. The plague is most commonly transmitted to humans by fleas that become infected from biting rodents carrying the yersinia pestis bacteria, which causes the disease.

From 2010 to 2015, there were more than 3,200 cases reported worldwide, including 584 deaths, the WHO reported. In recent decades, the U.S. has had an average of seven cases per year, usually occurring in rural or semirural regions, the CDC said. The areas most affected include northern New Mexico, northern Arizona, southern Colorado, California, southern Oregon and far western Nevada.

Gosnell said he has never heard of a person getting the plague from eating raw rodent meat, but added that "it wouldn't be surprising."

"Any time you eat something raw, there's always a chance for picking up all sorts of different pathogens," he said. "There are so many other zoonotic infections they could have picked up, unfortunately due to the locale, it just happened to be plague."

Throughout Mongolia, where the plague is an endemic disease, the most common source of infection for people is "contact with and consumption of the marmot," according to a 2011 article published in the journal of Emerging Infectious Diseases. In the province where the couple lived, there have only been nine reported cases with three deaths between 1989 and 2010, Ochirpurev said, but she noted that all the victims had confirmed exposure to marmots.

It was likely that the couple's decision to not cook the rodent before eating its organs made them more susceptible to becoming sick, Gosnell said.

"If you have some of these mildly pathogenic bacterial infections, they tend to be somewhat concentrated in the spleen, the liver and the kidneys," he said. "A lot of the time, viruses that are found in the blood, that's where they get trapped."

A "thorough cooking" is recommended before eating any type of wild rodent, Gosnell said.

"If you cook it, the bacteria is dead, you don't got a problem," he said. "Some things you don't eat raw."

(Except for the headline, this story has not been edited by NDTV staff and is published from a syndicated feed.)
Comments
Plague bacteriumplaguemarmot