US, European Union To Commit To End Disputes, Call For Progress On Covid Study

US-EU summit: A draft communique commits to ending a long-running dispute over subsidies to aircraft makers before July 11. 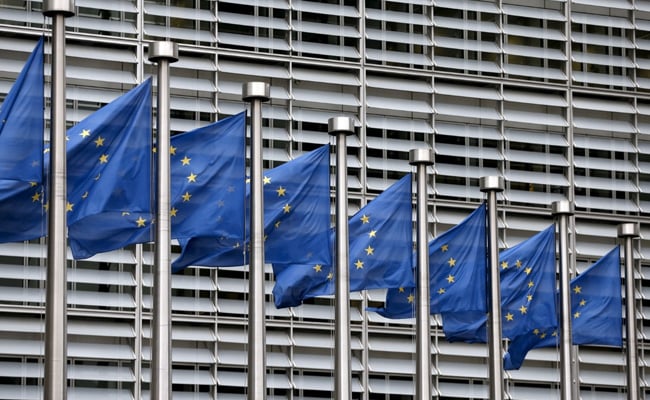 US and European Union are the world's top trading powers along with China (File).

The European Union and the United States are set to commit at a summit in Brussels next week to end their transatlantic metals and aircraft trade disputes and call for progress on a new study into the origins of COVID-19, according to a draft communique.

The seven-page draft, seen by Reuters, aims to show concrete results of the "new dawn" hailed by EU leaders when US President Joe Biden took over from Donald Trump in January.

The draft, which was discussed by EU ambassadors on Wednesday, commits to ending a long-running dispute over subsidies to aircraft makers before July 11, and setting a December 1 deadline to end punitive tariffs related to a steel and aluminum trade dispute.

Despite pressure by US steel industry groups to keep the "Section 232" national security tariffs imposed by Trump, the draft said: "We commit to work towards lifting before 1 December 2021 all additional/punitive tariffs on both sides linked to our steel and aluminum dispute."

Steel industry sources told Reuters the language may be aimed at retaliatory tariffs on both sides such as those on whiskey and motorbikes, not necessarily the underlying 25% U.S. tariffs on steel and 10% on aluminum. A US-EU deal in May to avert escalation of the dispute left these in place while the two sides negotiate for six months to address global excess metals capacity largely centered in China.

Some 12 EU countries are weighing a proposal to extend their own steel "safeguard" quotas beyond the end of June to protect European steelmakers from a flood of imports.

The EU and the United States are the world's top trading powers, along with China, but Trump sought to sideline the EU.

After scotching a free-trade agreement with the EU, the Trump administration focused on shrinking a growing U.S. deficit in goods trade. Biden, however, sees the EU as an ally in promoting free trade, as well as in fighting climate change and ending the COVID-19 pandemic.

At the Brussels summit, both sides will agree to cooperate on China policy and call for a new study into origins of the pandemic, first detected in the Chinese city of Wuhan, the draft said.

"We call for progress on a transparent, evidence-based and expert-led WHO (World Health Organization)-convened phase 2 study on the origins of COVID-19, that is free from interference," the draft said.

The two prevailing theories are that the virus jumped from animals, possibly bats, to humans, or that it escaped from a virology laboratory in Wuhan. Members of a WHO team that visited China this year to investigate COVID-19's origin said they were not given access to all data.

Despite the pledge of support, the EU is "not going to launch our own probe," one EU diplomat said. "We are not anti-China".

Despite the caveats, if agreed the joint stance on China will be a boost for the Biden administration, which seeks friends to stand up to Beijing but has said it will not force any ally to choose sides.

In a concession to the EU, the draft makes no mention of Biden's proposals for vaccine patent waivers to boost global production. Instead, it pledges to reduce US export restrictions and promote voluntary transfer of technologies.

The task of fully inoculating the world is expected to be long. The text says the United States and the EU "aspire to vaccinate at least two-thirds of the world's population by the end of 2022". This means as many as 2.5 billion people in the world may not get a shot before 2023.

EU states have until now tried to maintain a strategic balance that avoids alienating either China or the United States.

But China's military expansion, its claims to sovereignty in most of the South China Sea, and the mass detentions of Muslim Uyghurs in northwestern China have shifted the mood in Brussels.

"We intend to closely consult and cooperate on the full range of issues in the framework of our respective similar multi-faceted approaches to China, which include elements of cooperation, competition, and systemic rivalry," the draft said.