According to People magazine, Tom Hanks and his wife Rita Wilson, who were both diagnosed with coronavirus earlier this month, recently returned to Los Angeles after self-quarantining in Australia for two weeks. 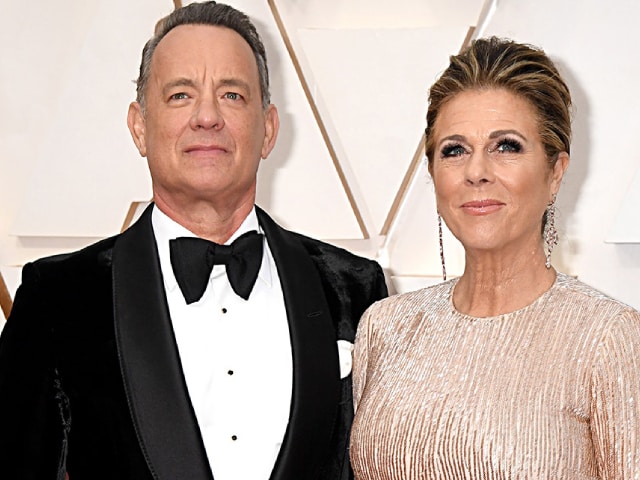 The couple also urged their fans and followers to stay home and self isolate. (File)

According to People magazine, the couple, who were both diagnosed with coronavirus earlier this month, recently returned to Los Angeles after self-quarantining in Australia for two weeks.

The 63-year-old actor said on Twitter on Saturday that he and Wilson would want to quarantine. His tweet reads, "Hey, Folks... We're home now and, like the rest of America, we carry on with sheltering in place and social distancing. Many, many thanks to everyone in Australia who looked after us. Their care and guidance made possible our return to the USA. And many thanks to all of you who reached out with well wishes. Rita and I so appreciate it. Hanx."

Tom Hanks shared a statement on how the couple was feeling, several days before the couple return to Los Angeles. Hanks issued a joint statement on Twitter and wrote, "Hey, folks. Two weeks after our first symptoms and we feel better."

The couple then urged their fans and followers to stay home and self isolate.

On March 11, Hanks announced that he and Wilson had contacted COVID-19 in Australia, where he was filming Baz Luhrmann's untitled Elvis Presley biopic. Filming for the movie was halted following Hanks' diagnosis.

Hanks and Wilson were released from a Queensland hospital on March 16. A representative for the actor told People magazine at the time that they were "doing very well" under quarantine at their home in Australia.

The rep to Hanks, Leslee Dart, said, "Tom and Rita are doing very well and continue to recover. Their recovery is very much on course for healthy adults with this virus. They are feeling better each day."