Russia, the fifth worst COVID-hit country in the world in terms of cases, has seen a wave of new infections driven by the Delta variant over recent weeks. 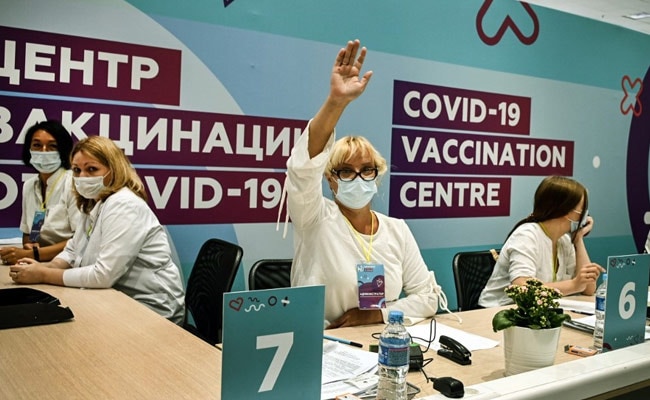 Russia on Tuesday set another record for coronavirus-related deaths over a 24-hour period, despite efforts from authorities to slow a rampant third wave of infections. A government tally reported 780 pandemic fatalities and 24,702 new cases.

Russia, the fifth worst-hit country in the world in terms of cases, has seen a wave of new infections driven by the Delta variant over recent weeks, a surge exacerbated by a slow vaccine rollout.

Authorities have faced a vaccine-sceptic population, with an independent poll last week showing that 54 percent of Russians do not plan on getting a COVID-19 jab.

More Russians have however been getting vaccinated recently, particularly in the capital and epicentre of the country's outbreak, Moscow, after authorities introduced mandatory jabs for most service industry workers, among other measures.

The Kremlin, however, has rejected mandatory vaccinations for all groups of the population as well as suggestions of reimposing a nationwide lockdown.

As of Tuesday, just 13 percent of Russia's population of some 146 million people had been fully vaccinated, according to the Gogov website, which tallies Covid data from the regions.

With 144,492 deaths from the virus, Russia has the highest official COVID-19 toll in Europe -- even as authorities have been accused of downplaying the severity of the country's outbreak.

Under a broader definition for deaths linked to the coronavirus, statistics agency Rosstat said that Russia has seen at least 290,000 fatalities as of the end of May.