"With the agreement of the council, we will suspend the 43rd session of the Human Rights Council on the 13th of March until further notice," council president Elisabeth Tichy-Fisslberger told country representatives. 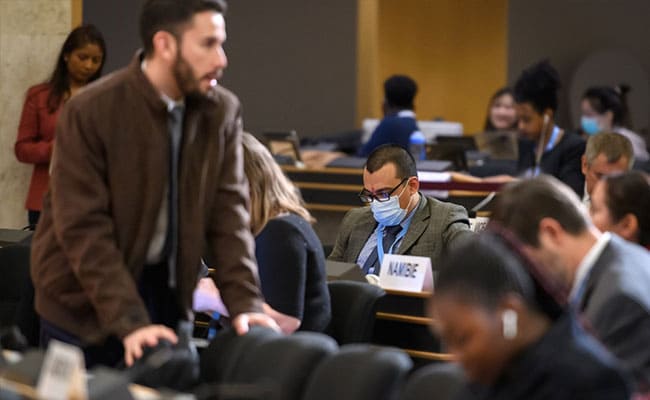 WHO has declared coronavirus as a pandemic. (AFP)

The top UN rights body decided Thursday to suspend its main annual session at the end of this week over the new coronavirus pandemic.

"With the agreement of the council, we will suspend the 43rd session of the Human Rights Council on the 13th of March until further notice," council president Elisabeth Tichy-Fisslberger told country representatives.

There were no objections to the proposal, which came a day after the World Health Organization said COVID-19 could now be classed as a pandemic.

The Human Rights Council, which kicked off its main annual session on February 24 and had been scheduled to continue through to March 20, would wrap up some work, including a debate on racial discrimination, before closing up shop on Friday.

On Friday afternoon, she said, the council would appoint 19 mandate-holders whose appointments had been planned for next week.

At the same time, all resolutions during the session would still need to be tabled by Friday, but they would only be acted upon once the session resumes, Tichy-Fisslberger said.

The UN's top rights body had until now put off a total shutdown, but had halted some activities and moved its sessions to a larger chamber to avoid crowding.

Thursday's news came after Geneva, which is home to the UN's European headquarters and the rights council, decided to ban all events counting more than 100 people.

Already in late February, the Swiss government banned all events with more than 1,000 participants, sparking a flurry of cancellations of large events like the Geneva Motor Show.

Earlier this week, the World Trade Organization said it would suspend all meetings until March 20 after a staff member contracted the disease.

Europe's science lab CERN said Wednesday it was closing its doors to tourists after a case surfaced there.