Priti Patel is seeking cross-government support for the move that would stop the daily flights from Tehran, New York and Los Angeles and Beijing, claimed a "Daily Telegraph" report. 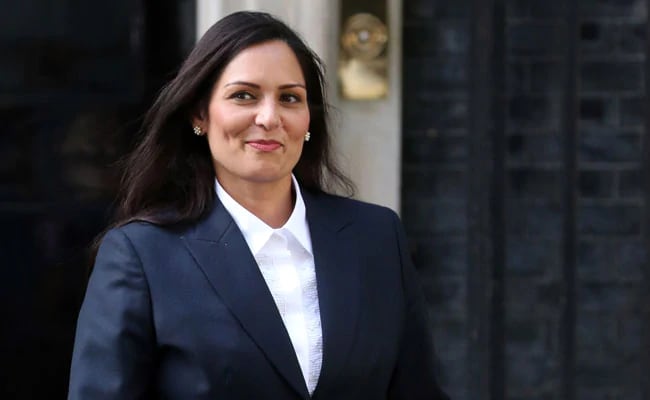 There are around 100,000 passengers arriving at UK airports daily, largely Britons returning home

UK Home Secretary Priti Patel is keen to close the UK borders to passengers from global COVID-19 hotspots such as the US, Iran and China, similar to moves taken by India, according to a UK media report.

The senior Indian-origin Cabinet minister feels visitors from certain countries should not be continuing to fly into the UK when the government has put the country in lockdown to halt the spread of the deadly virus, which has claimed 465 lives across Britain.

Ms Patel is seeking cross-government support for the move that would stop the daily flights from Tehran, New York and Los Angeles and Beijing, claimed a "Daily Telegraph" report.

"We are most concerned about the daily flights from the US and Iran which are coming in on a daily basis," the newspaper quoted a source as saying.

"We want to stop non-EEA (European Economic Area) nationals from flying into the UK. The EU is not a problem for the most part because their domestic lockdowns are so severe," the source said.

There are around 100,000 passengers arriving at UK airports daily, largely Britons returning home after UK foreign secretary Dominic Raab called on all British tourists and short-stay travellers to return to the UK as soon as possible while flights were still available.

Passengers showing symptoms of the coronavirus infection are not allowed to board flights in hotspot countries.

However, there are no health or temperature checks for passengers arriving in the UK. They are asked to self-isolate for 14 days on arrival but there is no means of enforcing this.

Reportedly the issue of banning flights into the UK has been raised at a Cabinet committee coordinating the UK government''s response to the coronavirus pandemic but is yet to be resolved.

India had imposed a ban on flights from Iran earlier this month and has since imposed stricter measures, including airport closures, as the country went into a 21-day strict lockdown this week.