Coronavirus in Japan: The official declaration of the state of emergency would likely come as soon as Tuesday, Shinzo Abe said. 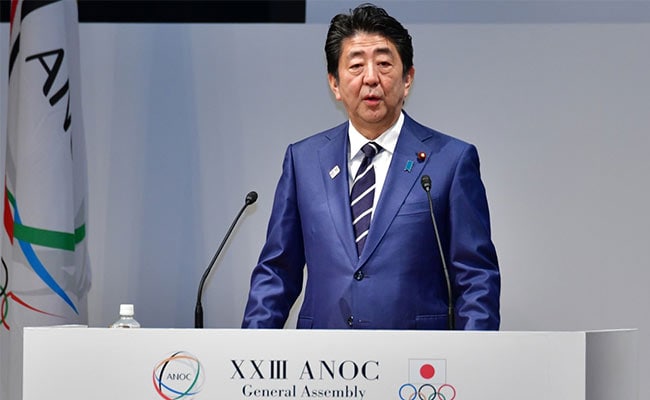 Japan's prime minister Monday proposed a state of emergency for several major regions seeing a sharp rise in coronavirus cases, as well as a stimulus package worth $1 trillion to cushion the impact on the world's third-biggest economy.

The official declaration of the state of emergency would likely come as soon as Tuesday, Shinzo Abe told reporters, as the country grapples with a recent spike in coronavirus cases, especially in the capital Tokyo.

"Currently, we are seeing rapid increases of new infections particularly in urban areas like Tokyo and Osaka," said Abe.

The declaration hands regional governors the power to ask residents to stay inside, seek the closure of businesses that attract large crowds and commandeer land and buildings for medical purposes.

But it falls far short of the sort of lockdown measures imposed in parts of Europe, where police have patrolled the streets and fined offenders.

"We envision, for a period of about one month, that we will ask further cooperation of the Japanese people to reduce person-to-person contacts that lead to infections," said Shinzo Abe.

The measure does not include legal powers to enforce requests for people to stay inside, or punishments for people who fail to do so.

"In Japan, even if we declare a state of emergency, we will not close cities as seen in foreign countries. Experts have told us that there is no need for such a step," said Shinzo Abe.

Tokyo's Governor Yuriko Koike has already urged residents of the capital to avoid non-essential outings on weekends and to work from home during the week.

Concerns are starting to be raised about medical facilities in Tokyo, with doctors saying the situation is becoming stretched and staff overrun.

"From the medical point of view, Tokyo faces a critical condition," said Haruo Ozaki, head of the Tokyo Medical Association.

The measures lack the teeth seen in other parts of the world and experts say Japan's legal system restricts the government's ability to limit the movement of citizens.

"Japan is still haunted by the negative legacy of the war and the oppression of its citizens," said Yoshinobu Yamamoto, an emeritus professor of international politics at the University of Tokyo.

But he said if the relatively relaxed measures proved insufficient to curb the spread of the coronavirus, "calls for a stronger power to control people may grow".

Japan has so far been spared the sort of crisis seen in parts of Europe and the United States, with around 3,650 cases across the country - compared to around 330,000 in the US and around 130,000 in Italy and Spain.

Abe stunned the country in late February by calling for a nationwide shutdown of schools, at a time when there were only a handful of cases and few other countries had taken such a measure.

But a recent spike in cases, especially in Tokyo, has raised renewed concern. New cases in the capital have been hitting almost daily records - 148 on Sunday and 83 cases on Monday - still far below figures seen elsewhere but enough to prompt official action.

Separately, Abe unveiled a stimulus package worth around 108 trillion yen that he said was worth 20 percent of GDP, "an unprecedented scale".

However, Naoya Oshikubo, senior economist at SuMi TRUST, said it would not ensure Japan avoids a recession in the first half of 2020 "but will kickstart a V-shaped recovery" in the second half.

The Japanese economy was tottering even before the coronavirus struck, with growing fears of a recession.

The postponement of the Tokyo Olympics until July 2021 is also likely to take a chunk out of the country's GDP although the losses should be recouped when the Games go ahead.

Like other major central banks, the Bank of Japan has unveiled emergency measures to stem the economic damage.